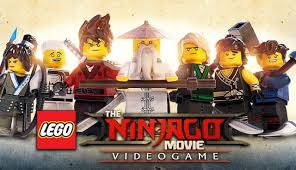 A fleet of Garmadon’s jets and his powerful army ravage Ninjago city, and the only thing standing in the way of his domination is the Green Ninja and his ninja team.  An evil warlord and his heroic teenage son face off in a battle for Ninjago, and rekindle their broken relationship along the way, in “The LEGO Ninjago Movie.”

Action-packed and emotional, this movie is great for younger audiences, sending a message of familial unity and happiness.  The journey made by Lloyd and his father Garmadon conveys that the bond between father and son can never be broken.

Directed by Charlie Bean and Paul Fisher, and starring Jackie Chan, Dave Franco and Justin Theroux, “The LEGO Ninjago Movie” is a spin on the popular Cartoon Network show that aired in 2011.  The movie gives a new and interesting version of the original characters from the show while still retaining their original characteristics, like Jay’s cowardly attitude and Kai’s arrogance.

This movie deserves a 4 star review because of the fun and sentimental message but not 5 stars because of the cliche of the “meaning of family” message that is often seen in movies directed towards younger viewers.  However, it is highly recommended for children that enjoy the show but also any child that enjoys a funny and action-packed film.