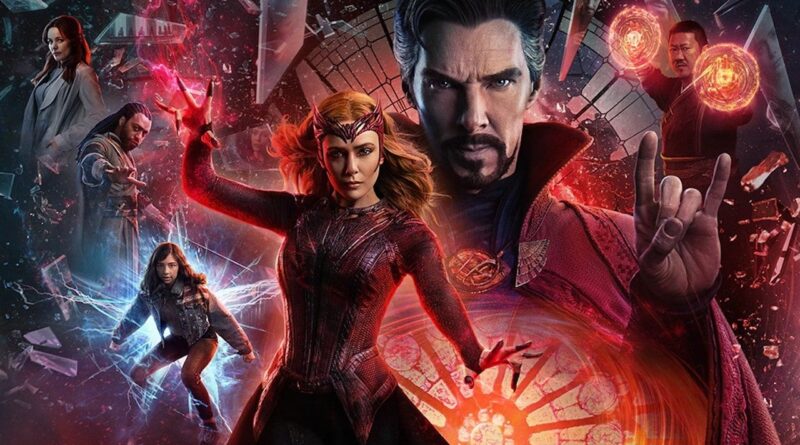 Multiversal traveling, monsters, unexpected villains, new heroes, and so much more. “Doctor Strange in the Multiverse of Madness” takes off two years after the events of “Avengers Endgame.” Doctor Stephen Strange and the sorcerer, Supreme Wong, fight an old friend through the multiverse in hopes to save America Chavez, the newest hero in the Marvel Cinematic Universe (MCU).

Chavez, the first teenage Latina LGBTQ+ superhero in the MCU, has been traveling the multiverse with her blue star-shaped portals in hopes of getting away from the monsters and the movie’s antagonist, Wanda Maximoff, who has been sent to capture and strip her of her powers.

With Chavez’s knowledge of the multiverse and Strange’s profound skills in the mystic arts, they can outrun and outsmart Wanda. Soon, however, they realize she is not their only threat. With variants of old marvel characters played by different and original actors, Strange must face the consequences of his past actions.

The most important part of the multiverse as a whole, however, is The Space Between Worlds. This place separates numerous universes and dimensions, holding the counterpart to the Darkhold, “The Book of the Vishanti,” which the heroes need to defeat Wanda.

While watching this movie you will find yourself amazed by the visual effects and CGI. Although, when it comes to the plot, you might already know most of it due to the extensive information that was released in the movie’s two trailers. Even with this, the movie makes viewers feel a lot of different emotions while watching a movie where they already knew key details.

This movie is sure to keep you on your toes throughout all two hours and six minutes of screen time and give you a better understanding of what is to come in Phase 5 of the MCU.