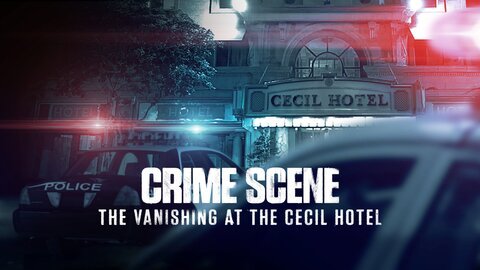 “Crime Scene: The Vanishing at the Cecil Hotel” covers the case of Elisa Lam and the conspiracies behind her tragic death. Her disappearance in 2013 took the internet by storm which led people to look into the Cecil Hotel where she was staying at the time. The documentary takes the audience through the case and the history of the hotel.

The first episode “Lost in Los Angeles” takes you through the thought process of what police thought could have happened while new evidence began to pop up. One of the most disturbing parts of the case was the elevator footage. The location of the hotel is important to the story because it is located in downtown Los Angeles around Skid Row. Skid Row has one of the largest homeless populations in the country and was known for being a dangerous place. The hotel had been a known place for criminals to stay and crimes to take place. Serial killer Richard Ramirez lived in the hotel during the time he was committing his crimes. All of this only added to the mystery of what could have happened.

Personally, my favorite part was all the different people that were interviewed from police to the hotel manager, conspiracy theorists, journalists, and others. They give many different perspectives on what happened and what they believe had happened to Elisa. It covers the smallest details of the suspicious circumstances, from her bizarre behavior to when the elevator door shuts. The theories range from mental health to drugs to foul play and even to ghosts.

The four episode documentary takes you through every aspect of the case and leaves the audience with a better understanding of why the Cecil Hotel is so infamous and what really happened to Elisa Lam. The final episode leaves you with answers and reasons behind what happened but still a sadness for the tragedy of the case. It is an interesting watch for anyone who loves true crime, mysteries, conspiracy theories or just wants to learn more about the case.

2 thoughts on “Discover the truth about Elisa Lam’s death”