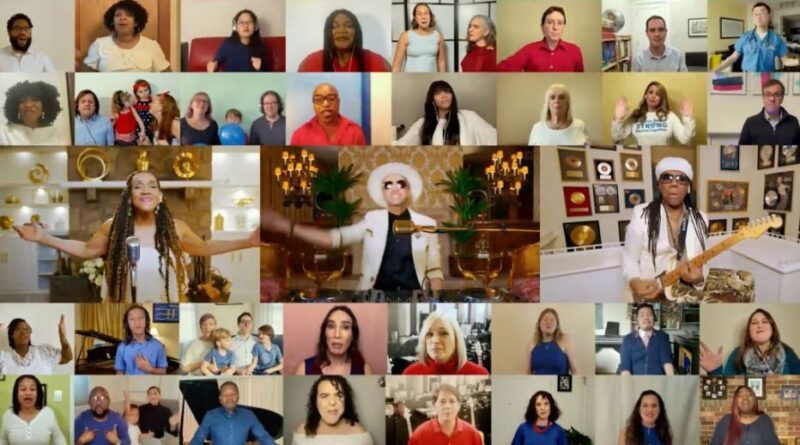 This year, the Biden Inaugural Committee organized the “Parade Across America,” a virtual parade featuring groups of people from all over the United States.

Due to safety concerns over the pandemic, the traditional inaugural parade wasn’t able to happen this year, so this virtual parade was organized as a way to still celebrate the inauguration.

The parade was hosted by actor Tony Goldwyn who played the role of President Grant in the TV show “Scandal.”

The show featured groups of people from every state, and the US territories. There were around 1,400 participants in the parade, and this was the first time that there were groups from this many parts of the country.

The parade showed musicians, dancers, TikTok compilations, and short features that highlighted people who have been helping their communities during the pandemic. Groups in the parade included student groups, cultural groups, and other groups in different communities across the country.

Some of the featured groups included a 10 year old figure skater performing in the Black Lives Matter plaza, members of a wheelchair basketball program, a high school mariachi band, a 12 year old trumpet player who played outside of his local hospital, and many other performances.

I really enjoyed getting to watch the virtual parade, because it was interesting to get to see all of these people from all over. I also liked hearing the stories of people benefiting their communities, especially the story of a history teacher from Texas who took a road trip to different historical sites in the US to show her students.

The “Parade Across America” was a good way of bringing people together virtually, and a good way to still have the traditional inauguration festivities during the pandemic.