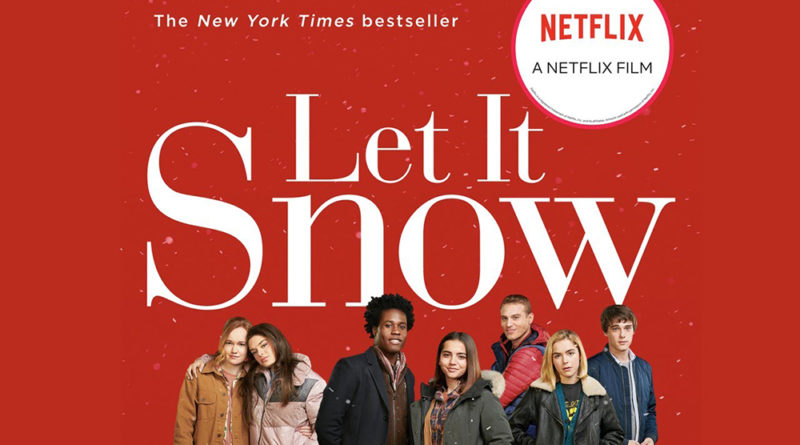 From shaving a nipple to a party at Waffle House, Netflix’s newest teen movie, “Let it Snow,” premiered on Nov. 8. A diverse cast of Isabel Moner, Kiernan Shipka, Liv Hewson, Odeya Rush, Shameik Moore, Mitchell Hope, Anna Akana and Jacob Batalon starred together as a group of high school students facing their feelings of friendship and love colliding during a snowstorm. Originally the film was adapted from “Let it Snow: Three Holiday Romances,” written by John Green, Lauren Myracle, and Maureen Johnson.

The film starts off with three separate situations on Christmas Eve. Moner and Moore play as Julie and Stuart who meet on a train, while Shipka and Hope star as the Duke and Tobin. Rush and Hewson depict Dorrie and Addie, who are best friends but get in a disagreement.  Some parts were cliche, for example your guy best friend becoming jealous while hanging out with another guy, or when your friend is paranoid her boyfriend will cheat and runs back to you. But the highlights in the movie were the LGBTQ representation and the emotion and realness portrayed through Julie and Stuart’s development.

The flow of “Let it Snow” was acceptable for a cheesy Hallmark-like Christmas movie. Jumping from one situation to another didn’t help at the beginning, but all three affairs wove nicely together. There wasn’t really a need to add unnecessary scenes like the Tin Foil Woman or the party that Batalon’s character tries to and successfully throws.

Julie and Stuart’s development was relatable and quite touching throughout the movie, as they both express their insecurities and problems. Julie, whom was accepted into a university, doesn’t want to attend as she fears growing up and leaving her mother, who recently became ill. Stuart, who is a pop star, expresses his loneliness and unhappiness during stardom and the holidays. “Things happen in life. Bad things. Sickness, divorce. It’s scary. And it’s survival to retreat. But if you retreat, you also miss the good things,” said Julie’s mom.

As the film came to a closure, it ended like a typical Hallmark happy ending, but with the surprise of LGBTQ representation! Cannot really say much, as it is a Christmas movie. It was cute and cliche. Overall, the movie gave a heartwarming feeling but it was hard to get into the Christmas spirit, as it was premiered way before Thanksgiving. If Netflix released “Let it Snow” during December, it would have been more enjoyable to watch during the Christmas Season.