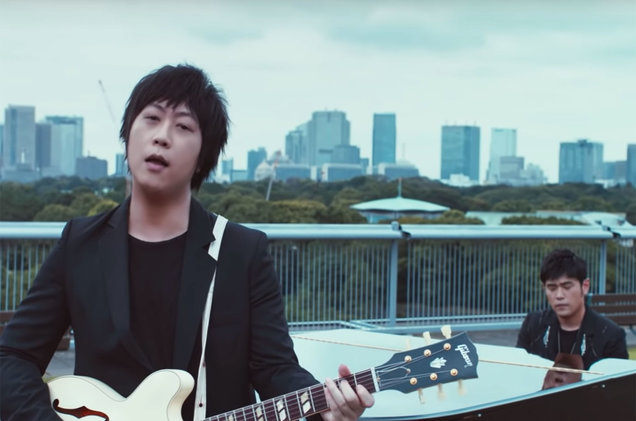 If you watch YouTube, you may remember that a Chinese song hit third place on the trending list of songs this fall. Sounds surprising? “Won’t Cry” is a song about a relationship between two young people in the city of Tokyo, sung by Jay Chou and Mayday Ashin, and they now they have made history!

The song began in the busy streets of Tokyo, where two young people are working hard for their goals; a young woman tried to earn more from the boba shop and a young man worked hard as a photographer in order to get into a famous art school in England. Coincidentally, the two of them met and the woman fell in love with the man. After receiving secret help from the woman, the young man successfully achieved his dream and eventually left to England while the girl stayed in Tokyo.

Less than four minutes into the song, Chou utilized his calm voice to express the bitterness of his love to the highest level. Moreover, Ashin sings,“I left you sadly alone, without even trying to get you back,” which always remains in my head.

What makes this song so popular on Youtube besides two wonderful singers from China? There are a few reasons. First of all, Chou is very famous for his singing and although Ashin is less well known than Chou, he is still one of the best instrument players from Taiwan. The making of “Won’t Cry” is a duet between Chou and Ashin. In the song, there is an elegant melody of the piano with the sound of electroacoustic guitar, both played by Chou and Ashin at the top of a skyscraper, while they sang about the love story under the city. Anybody who listens to this song will definitely enjoy it.

Moreover, in my opinion, there are more reasons that actually make “Won’t Cry“ a fabulous song. Even though the song was sung in Chinese, the sweet voice from both singers and the love story enacted by the two actors will inadvertently make the audience think of the past: the happiness and bitterness of love, even I do, myself. Anybody who listens to this song will not be able to forget the unwilling eyes of the girl as she stared at the boy leaving. Have you had this feeling before? The story from “Won’t Cry” is definitely one of the best representations of love, and the dream that the young people used to chase after will always be memorable.

“If anyone that knows and understands true love, the ending will make you cry for sure,” a viewer commented. With 34 million views in one month, Chou and Ashin’s song is definitely a success.