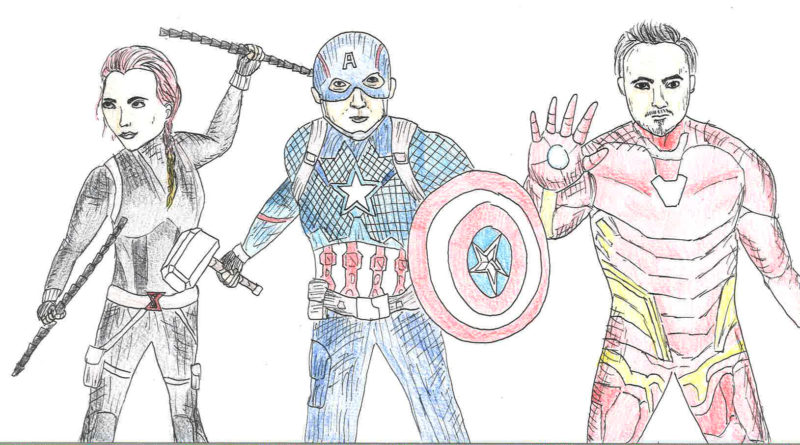 Sitting in a theater for three hours and one minute may seem like an ordeal, but for Marvel fans, it was over in a snap. MCU ended its epic saga with “Avengers: Endgame” on April 24, starring heroes Captain America, Iron Man, Thor, Black Widow, The Incredible Hulk, and Hawkeye.

After a 21-movie build up over the course of 11 years, “Avengers: Endgame” delivered an exciting, sorrowful, and hopeful ending to the journeys of all our favorite heroes. This film works as an absolutely amazing blockbuster movie experience. If you’re at all invested in the plight the remaining Avengers face after the events leading up to and including “Avengers: Infinity War,” you will feel satisfied with this movie.

“Avengers: Endgame” was extremely humorous and serious all at once. There are a ton of plot twists and turns, and at every stage this film will turn your expectations upside-down. Characters you thought would live will die, and characters you never expected to see again will reappear where and when you least anticipate it. It really is the movie where everything from the MCU comes together all at once.

“Infinity War” was a movie any would balk at following,; however, “Endgame” lives up to the challenge and exceeds all hopes of Marvel fans around the world. All loose threads and tentative questions left by the other 21 movies in the MCU were wrapped up neatly.

After much anticipation, I felt content with the way the Russo brothers chose to end this chapter of storytelling and eagerly anticipate the next movies the MCU is sure to produce. We will all miss the core characters who established our love of superheros, but their successors have already proven their ability to meet all expectations.

This movie has broken the record for the highest-grossing Marvel movie over all its predecessors, making a stunning $257.7 million domestically within the first week of release and has projected more profits to come. Globally, “Endgame” has made roughly $1.2 billion. To put this into context, “Endgame” has made more in one week than “Captain America: Civil War”  made in total.

Rated PG-13, this is a family-friendly movie that will also provide the desired explosions and conflict that excite people everywhere. Including a tribute to the late Stan Lee, “Endgame” really thought to include the entirety of memorabilia Marvel fans were hoping for. I would definitely recommend this movie to people of all ages, but be sure to bring a box of tissues to share with your neighbor because “Endgame” will tug at your heartstrings more than any other movie Marvel has ever made.

Though Dr. Strange claimed we had a 1 in 14,000,605 chance of winning the war against Thanos, I have no doubt we’re going to spend the coming weeks picking and pulling apart “Endgame” until we’ve over-analyzed every single aspect imaginable. But right now, in the aftermath, it feels like a win.

Overall, this movie was one of the favorites for families all over America.  If you have not yet seen this wonder of a film be sure to find a gap in your schedule soon and avoid spoilers! I would rate this movie higher if I could, but seeing as I don’t have infinity stones to carry out my wishes, I give “Avengers: Endgame” five stars.