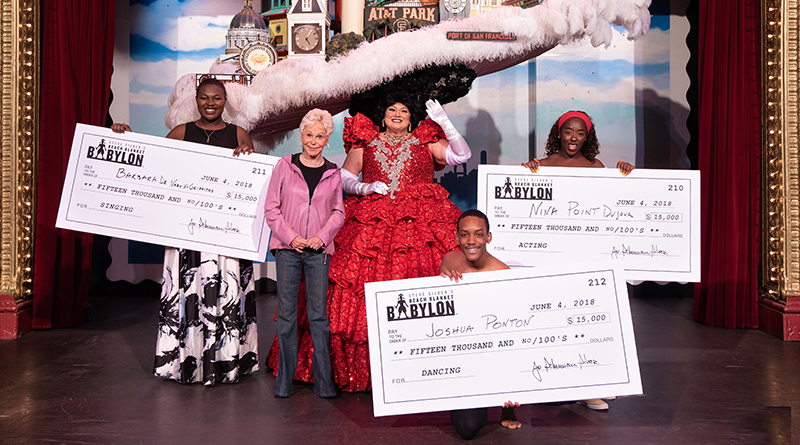 You wouldn’t think you’d be able to watch President Trump and a bunch of Russians singing while Kim Jong Un dances, nor see Star Wars clones, Michael Jackson, and Snow White all on the same stage. However, at “Beach Blanket Babylon,” all this happens and more.

“Beach Blanket Babylon” is the longest running musical, premiering in 1977 in San Francisco. The show follows around Snow White in her search to find her Prince Charming. Along the way she encounters figures from pop culture, especially people from politics. Currently in their line up are the Trump family, Bernie Sanders, Kim Kardashian, and more. The show is constantly changing and adding new characters

“Beach Blanket Babylon” is a very eccentric show and almost feels like a drag show, especially with the big costumes and hats which they are famous for. They perform eight shows a week: one show every day for people ages 21 and over, and a Sunday matinee for anyone to see. Ticket prices range anywhere between $30 to $155.

Sadly, this is the musical’s last year. The producer felt that it was the musicals time to close, after 45 years. Many people are devastated, and the show will be missed. If you want to see the show before it closes for good, tickets are available on their website, though they are selling fast, so get them while you can. I highly recommend this show for anyone looking for a fun Sunday afternoon.