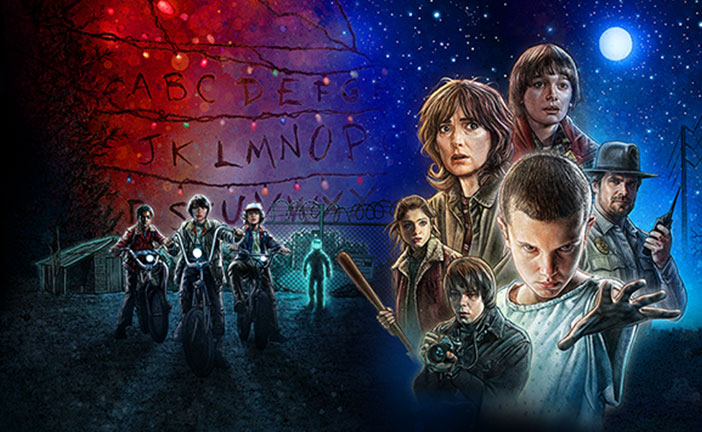 After over a year and a half since binge watching the first season, the long anticipated second season of “Stranger Things” is finally here. The Duffer brothers’ Netflix series captivates 80s nostalgia, and makes you hungry for Eggos.

The supernatural themed drama left viewers with tons of Christmas-light burning questions. Where is Eleven? Will there be justice for Barb’s Family? And what the heck came out of Will’s mouth at the end of season one?

The show’s sophomore season gives a bigger platform to characters who had more minor roles in the first season. Most notably Steve Harrington, who hit a low point after being overlooked as the King Bee, is shown as more responsible when he takes care of the kids, and breaks his old archetype of the popular 80s jerk. More importantly, we learn about the secrets to his hair regime.

Appearances are made by some new strangers like Max Mayfield, a tomboy who becomes friends with Dustin and Lucas to escape her abusive step brother, and Bob Newby, a friendly and clever love interest for Joyce Byers who ends up becoming the ultimate superhero. Others introduced include Max’s step brother Billy, Department of Energy Agent Doctor Owens, and a conspiracist journalist Murray Burman. All the new characters fit perfectly with the spooky town of Hawkins, Indiana.

However nothing compares to the stellar performance of Will Byers. The main focus revolves around Will’s traumatic experiences and flashbacks that held him back from returning to normal. His struggle resulted in some sort of psychic connection to the alternate realm also known as the Upside Down.

It is no secret that the Duffer brothers’ biggest success, Eleven, a nose bleeding telekinetic girl was going to be very much back in season two. El is extremely devoted to finding her true identity but seems to be trapped with a huge eagerness to see her old friends. While keeping her separated from the intensity of the show, the camaraderie of the younger teens give off a sort of empathy to the audience. Their personalities are both tested and strengthened due to the ramped up horror and thrill of each episode. Their realities go far beyond a fierce game of Dungeons and Dragons.

Overall, the new season reels around the old horrors of the Demogorgon and the secrets of Hawkins Lab. The Upside Down seems to still threaten the town and even those who have survived it. The soundtrack, laughs, teen drama, and scares all live up to the social media hype.