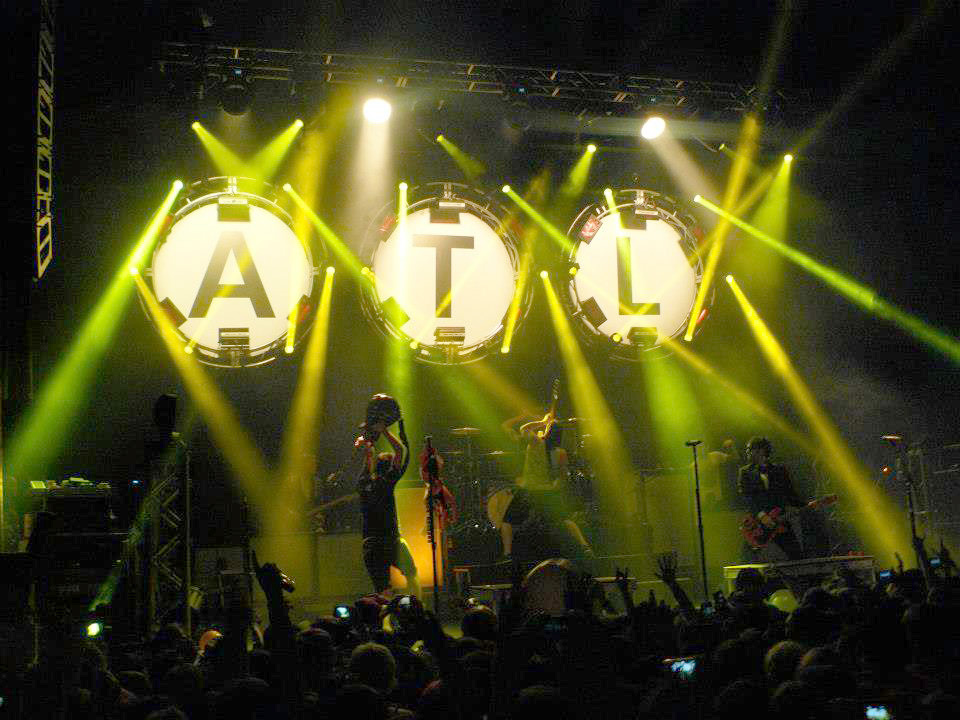 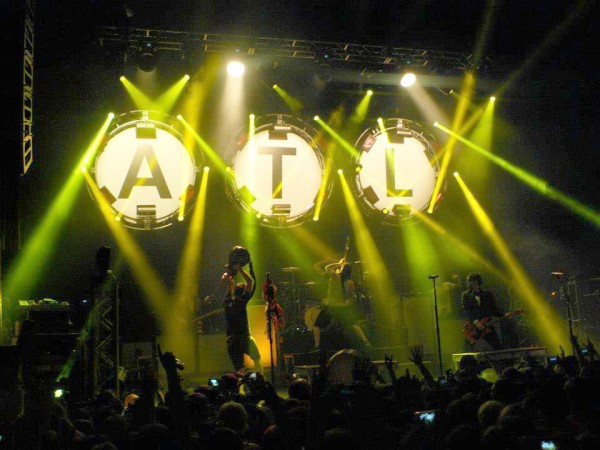 While many teens were busy frantically buying last minute Mother’s Day gifts, the members of four famous bands were preparing themselves for the last show of their tour. You Me at Six, Mayday Parade, All Time Low, and Pierce the Veil came to San Francisco for the last stop on their Spring Fever Tour.

I was fortunate because my sister had won meet-and-greet passes to see and hang out with All Time Low. Just being able to meet the boys was enough for me. I couldn’t believe they were all there, and after talking to them for a bit, it was obvious that they were very humble and funny people. After recovering from being star struck, we rushed down the stairs of the Warfield Theater to get a good view of all the bands that were going to be performing that night.

The crowd started slowly following us in and soon enough the whole theater was packed with screaming fans. To my surprise, they were quite a few parents there for their own enjoyment!

First up was the British band, You Me At Six who performed quite a few of their famous tracks including “Loverboy,” “Bite My Tongue,” “Stay With Me,” and “Underdog.” They were the perfect band to open the show because they really got the crowd pumped up. Next on was the band Mayday Parade. Simply put, they performed the songs “Jersey,” “Jamie All Over,” and their cover of Gotye’s song “Somebody That I Used to Know” incredibly well. The guitarist, Alex Garcia, was really into the music he was playing, giving of a positive aura to the crowd.

Finally, the band I was most looking forward to, All Time Low, came on stage with an interesting twist. Drummer Rian Dawson, bassist Zack Merrick, and guitarist Jack Barakat entered the stage as if they were entering a boxing ring with the proper attire on, including boxing capes! But the best dressed of the night was most definitely lead singer Alex Gaskarth. The band opened with a few familiar old songs such as “Coffeeshop Soundtrack,” “Dear Maria, Count Me In,” and “Weightless.” Off their newest album they played “Backseat Serenade” and “If These Sheets Were States.” All Time Low definitely had the crowd charged up with their passionate music and witty jokes. Towards the end, they performed their last song, which was a cover of the ever-so-famous band, Blink 182’s, song, “All the Small Things.” They had the crowd absolutely enthusiastic, and even convinced a bunch of people to start crowd surfing at the same time!

The closing act was Pierce the Veil, who had already made multiple appearances throughout the other band’s performances. This was the band everyone was waiting for, and they did not disappoint at all. They performed their songs “Bulletproof Love,” “Hold on till May,” “A Match Into Water,” and many others. They truly were the perfect band to close the show.

Once the show was finally over, there was not a single person who left unsatisfied. As people began leaving the theater, I could hear the excitement in their voices from their experience that night.

“I got his guitar pick!”

The Spring Fever Tour 2013 was definitely a night to remember. The bands, the crowd, the music, and the atmosphere were all incredibly amazing.