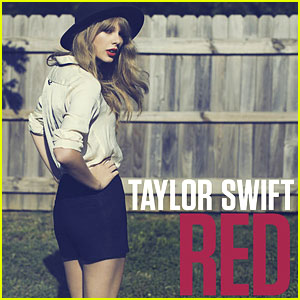 As the alternating country-pop princess Taylor Swift released her newest album Red, I speculated whether it would lean more toward pop or country. I have her three previous albums, and each one is magnificent in its own right. As soon as Red was released, I eagerly listened to the songs, and once again, I was impressed, albeit a tad disappointed.

Don’t get me wrong –I loved almost all the songs. Frankly, however, I missed her country vibe. With songs like “We Are Never Getting Back Together,” “The Lucky One,” “22,” and “State of Grace,” it made me wonder if she had thrown her much loved country girl persona out the window, or if they’d suffered a nasty breakup as well.

However, despite the almost total pop takeover, I very much admire the fact that she remained true to her roots with mellow country undertones. They weren’t prominent, but you could tell that she was still a country girl at heart. Her song “Stay Stay Stay,” embodies that almost exclusively. I was still slightly let down, as she is best known for mixing country and pop, not leaning wayside.

Swift still manages to produce vivid stories in the most inspirational, heart-wrenching, or romantic lyrics. Through each song an individual, unique story is spun, sometimes telling of hopes like in the song “Starlight,” or maybe an angry rant like “I Knew You Were Trouble.” Country or pop, she conveys her feelings with catchy tunes and concise lyrics, straight from the heart.

I have to admit I was skeptical as I listened to the CD. It didn’t sound familiar; it wasn’t the style I was so used to hearing, though I must say it’s not bad at all. Swift has extraordinary talent for blending two genres as one, and most importantly, telling the story. It deserves four stars instead of five because in all honesty, I miss the “country” feel of her music.