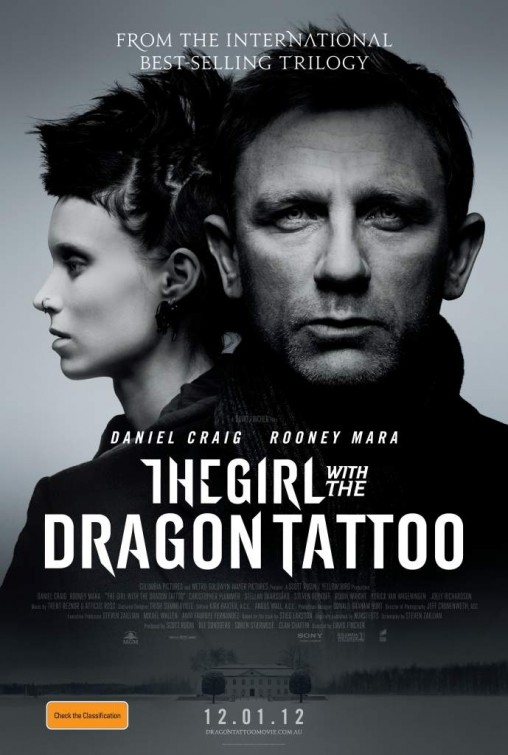 The best-selling novel The Girl with the Dragon Tattoo by Stieg Larsson instantly hit the New York Times best-seller list, and when it was announced there was going to be an American adaption movie made out of the novel, the roars were high. Although there had already been a Swedish version of the film, the anticipation for the American version was even bigger and the talks were even louder.

The film starts off a bit slowly, leaving many wondering when the girl with the dragon tattoo will come into action. Many would say when the dark and moody Lisbeth Salander appears,  the action begins. The twisted and complicated plot will leave the audience thinking throughout the movie. For those that have read the books, the ending will not be a complete shocker. Although the movie does have some explicit and inappropriate scenes, the movie certainly focuses more on the plot.

For those that are looking for a movie that has a blend of mystery and drama with a somewhat moody atmosphere, then The Girl with the Dragon Tattoo is the movie for you. With Rooney Mara nominated for an Academy Award for best actress, it reassures her performance in the movie. The Girl with the Dragon Tattoo is definitely a movie worth checking out.

I would rate this movie 4 and a half stars.