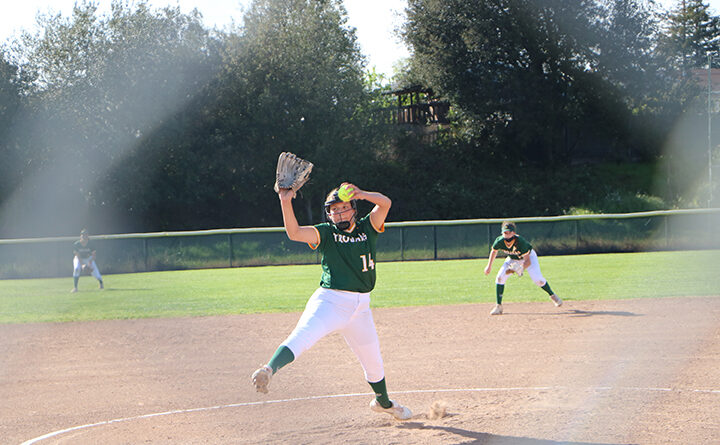 The Trojans dodged the sting of the Alameda High Hornets on March 24. Dominating the field at home, the CVHS softball team played a defensive game, winning 2-1.

Remaining in a stalemate until the third inning, Katrina Longoria scored the first run of the game for the Trojans. Three innings later, after defending their lead, the Trojans scored once again.

Beginning the bottom of the sixth inning with 1-0 (Trojans), Sophia Siu made a hit and run, getting on second base sending Kyndal Todd to third.

Coach Nicole Manley was very proud: “We had runners on first and second and then [she] gave [Siu] a hit and run, and then she executed… and we were able to move the runners over.”

In the top of the seventh, Aaliyah Sonderland of the Hornets scored a run. In the last play of the game, Todd closed off the game getting the final Alameda batter out at first base.

“My favorite moment of the game was the seventh inning and just being able to close it because that is something that we kind of struggle with, having new players on the team… so just coming together and trusting each other to close the game off was really big,” shared Todd.

From a different perspective, pitcher Bella Tavares agreed; “my favorite moment was the last inning getting the grounder to my teammates to end the game.”

“It was a good win, a great team win,” Manley said. “We needed that — continuing league play we really needed that because they were first in the league, and beating them puts us back in the running to be competitive in the league.”

The players celebrated their victory, too. “I feel very happy that we won because this is the hardest team to beat in our league and I feel like we worked together and I feel very good that we won,” Tavares shared.