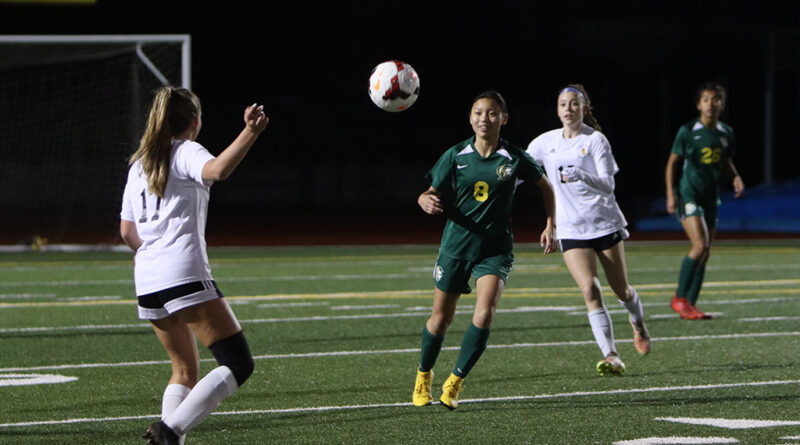 The Trojans stung the Alameda Hornets in a gripping soccer game on Wednesday, Dec. 8, ending with a score of 4 -1. The CVHS girls team powered through to snatch the win on their home turf.

“It took us a couple minutes in the first half to get going, but in the second half, I thought we came out a lot stronger—better at winning air balls, winning tackles—that helped us carry through,” said coach Vanessa Amaral.

The game kicked off with an early goal by Alameda in the first four minutes. The Trojans quickly retaliated; Taylor Hodges drove the ball down the side of the field and scored from the corner less than a minute later.

The ball bounced back and forth from then on until Hailey Smith scored with eight minutes left in the half, her shot rolling through the goalie’s fingers.

The girls took to the field with rejuvenated energy for the second half. Twenty-four minutes in, Erika Sun secured the third goal for the Trojans. Then, with only a narrow two minutes left in the game, Kaitie Quinteros scored the last goal of the night.

“I think there are a lot of things that we could improve on, but our end result definitely shows our work and our heart towards the game,” said Quinteros, senior. Her favorite moment of the night was when she scored. “It felt nice because it was the first goal of my season.”

“I’m proud of the girls for pulling through in the end,” junior Hodges said. “The highlight of the game for me personally was my assist with Hailey’s goal. Seeing her score reminded me of when I was in her exact same position—a freshman on varsity—so it’s kind of like I was passing the torch on to her.”