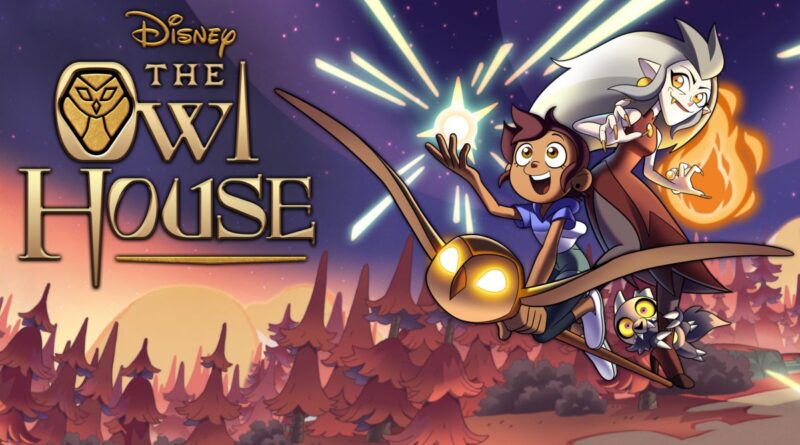 Thrown into a world of magical beasts and mystical creatures, Luz Noceda has one goal in her mind: to become a witch despite being human. She meets Eda the Owl Lady, the most powerful witch on the Boiling Isles, and finds herself a home at the Owl House.

Season two of “The Owl House” is full of new surprises: from fighting abominations, exploring ruins, and joining a revolution against the Emperor. This season continues the journey of the eccentric and imaginative teenager Luz as she uses the magic she has learned to find a way back home to the human world.

Season two has been amazing so far, and I’m sure that it will continue to be. Between the humorous jokes and the immersive world, lies an excellent story that will entertain any viewer. Building off and diving deeper into the backstories of the many lovable characters has been one of my favorite parts of this season so far.

Although it is airing on Disney Channel and is rated for kids 7 and up, “The Owl House” is much more than just a show for kids. The show colorfully illustrates the complicated and strong bonds between characters in a way that is appealing to any age group. Each and every episode depicts one or more themes that go beyond what one might find in a children’s show.

The show follows characters as they learn to accept their imperfections and celebrate everyone’s oddities, no matter how strange. “The Owl House” is all about accepting others and oneself, despite the differences or so-called flaws that may divide.

“The Owl House” also celebrates diversity by including characters of every kind. A recent episode released early this August garnered all sorts of praise for confirming a relationship between the main character Luz, and recurring character Amity with an adorable confession scene. Luz is Disney’s first bisexual lead character, and just recently, its first nonbinary character was introduced to the show.

Although Disney seems to be making great steps for LGBTQ+ representation with this show, it hasn’t always been this way. Alex Hirsh, the creator of “Gravity Falls” was told by Disney that representation of that sort was not allowed in his show. Dana Terrace, the creator of “The Owl House,” also struggled with this problem at the start, but after pushing Disney, she got permission to go ahead with it.

Unfortunately, season three has been shortened by Disney to three 40-minute specials instead of a full season. In July, #savetheowlhouse was trending on Twitter with over 150,000 tweets from fans rallying for another full season. Many have been critical of Disney its decision to limit a show with great diversity as well as an eager fanbase.

Although I am disappointed by Disney’s decision, I am grateful for “The Owl House” and the rest of season two.