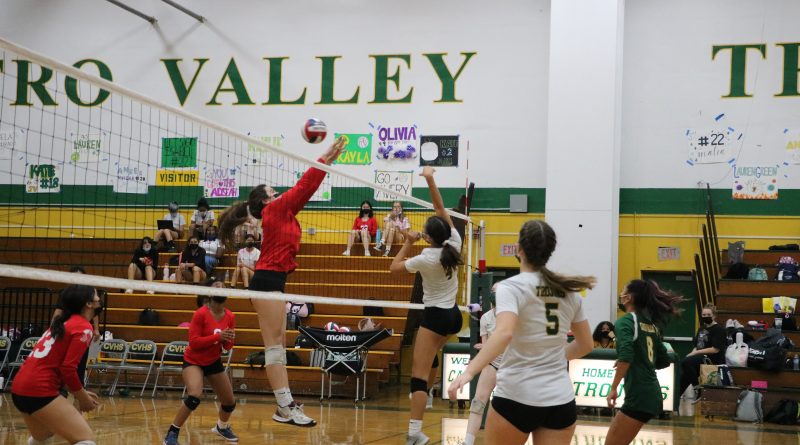 The varsity girls volleyball team conquered the San Leandro High School Pirates on Sept. 30. The game had its ups and downs, but the team successfully won their first three sets, winning the game three to zero.

The Trojans played three sets and won all three with significant leads.

“I think our team did really well! The energy on and off the court was really good which led to everyone doing amazing and we were trying lots of new things which was also fun,” said junior Bianca Petalver.

“I was extremely proud of my team, as we tried out new rotations and plays, and all together we beat San Leandro quickly!” said senior Lauren Green.

“I think we played hard, with a lot of energy, and we had a really good defensive game. I’m proud of how we played,” said senior Annika Conley.