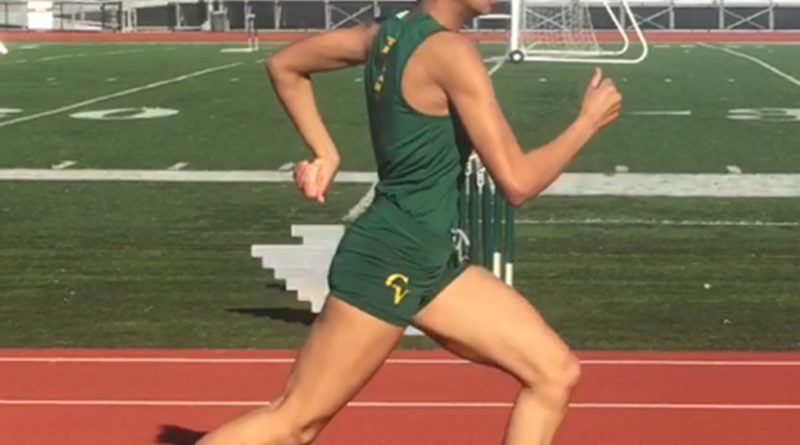 Senior Maiya Hutchinson has an everlasting passion for track and field. Utilizing both speed and endurance, Hutchinson runs the 400 meters, 800 meters, and 4×400 meter relay. It’s no doubt that she loves the sport. This season marks her sixth year competing. Hutchinson knows what it takes to see results and has proven to be one of the best middle distance runners on the team.

“My favorite event is the 800, it seems long but it goes by really fast,” said Hutchinson.

At her most recent meets at San Leandro and the Dublin Distance Festival, Hutchinson proved to be a major competitor racing her way to first place in the 400 and 800 at both meets.

“I love competing at big track meets because I always pull out a personal best since the girls I compete against push me harder,” said Hutchinson.

Committed to the sport, her final season for CVHS has already proven to be the most competitive. Hutchinson plans to continue to run in the future.