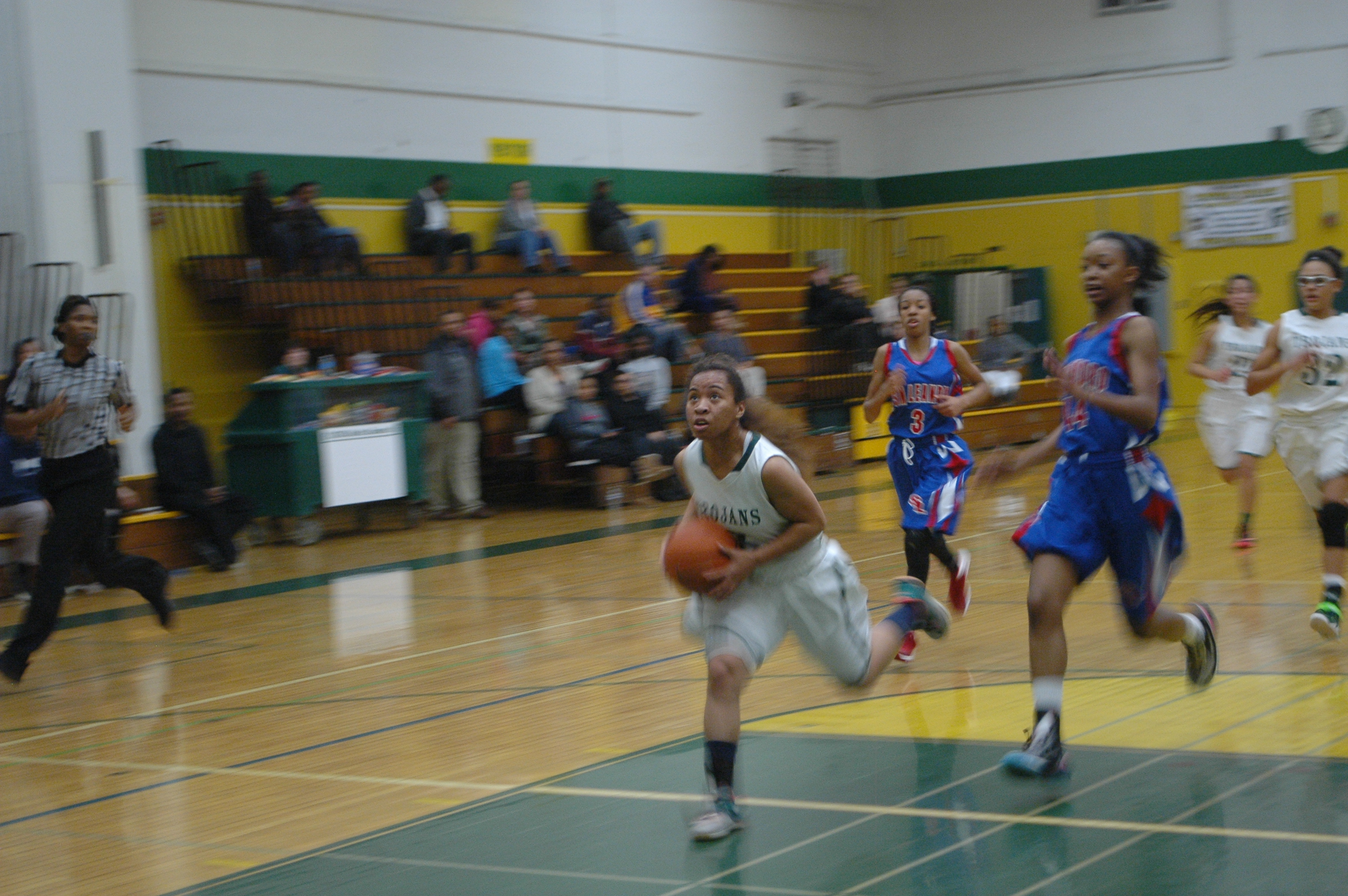 Feb. 4 was a wonderful night for our varsity girls basketball team. The Trojans swept the San Leandro High Pirates,  49-34.

During the first quarter Giana Wright made the first shot scoring two points. Next Bailey Jones intercepted a pass from San Leandro and scored yet again for our team. Jones also received player of the week honors from the Castro Valley Forum as a freshman. Later the excitement continued and Wright scored another shot making the final score of the first quarter Trojans 8 and Pirates 2.

However despite the six-point lead Coach Jim Lemmon was a bit disappointed. “We had a slow start but the kids are really working hard,” he said.

Third quarter is when the game started to pick up. Jenna Sparks made a basket. Then Micah Suarez made a basket followed shortly followed by her making a 3-pointer. Next Wright ran the ball down the court and made a 3-point shot.  And finally Jones scored. The third quarter ended Trojans 36 and Pirates 15.

The fourth quarter was rather exciting. Wright made two free throws.

“I thought we played with effort and we finished hard,” said Sparks.