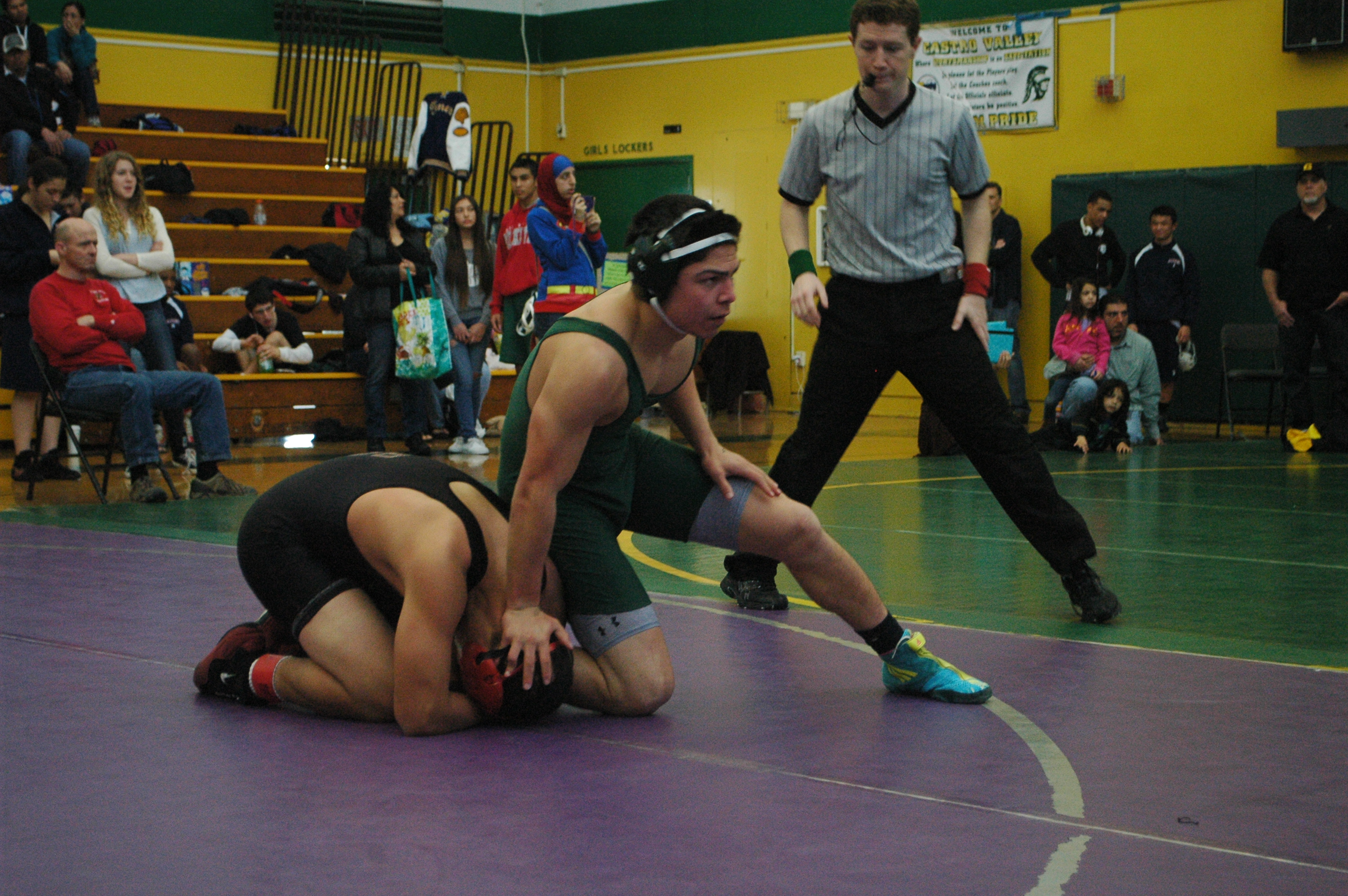 The Trojans won the WACC league boys wrestling tournament on Feb. 22 at CVHS.  The competition was held in the main gym, with eight schools wrestling on three mats.  This tournament was the first step of the postseason for the varsity boys, with all those placing in the top three going to the NCS Tournament, which will be held at Newark Memorial High School on Feb. 28 and March 1.

With 14 available varsity spots, the boys team consisted of 12 varsity wrestlers, all of whom qualified for the NCS Championships.  Of those 12, there were nine finalists, with three wrestlers winning the tournament: Robert Terhell, Diego Lazares, and Christian Chacon.

Spectators of the competition were fortunate enough to watch a great day of exciting wrestling matches, as well as buy merchandise and purchase food from the wonderful booths operated by CVHS parents. All in all, CVHS wrestling put on a great performance at a tournament that was not only won by the high school, but run by CVHS students and parents as well.