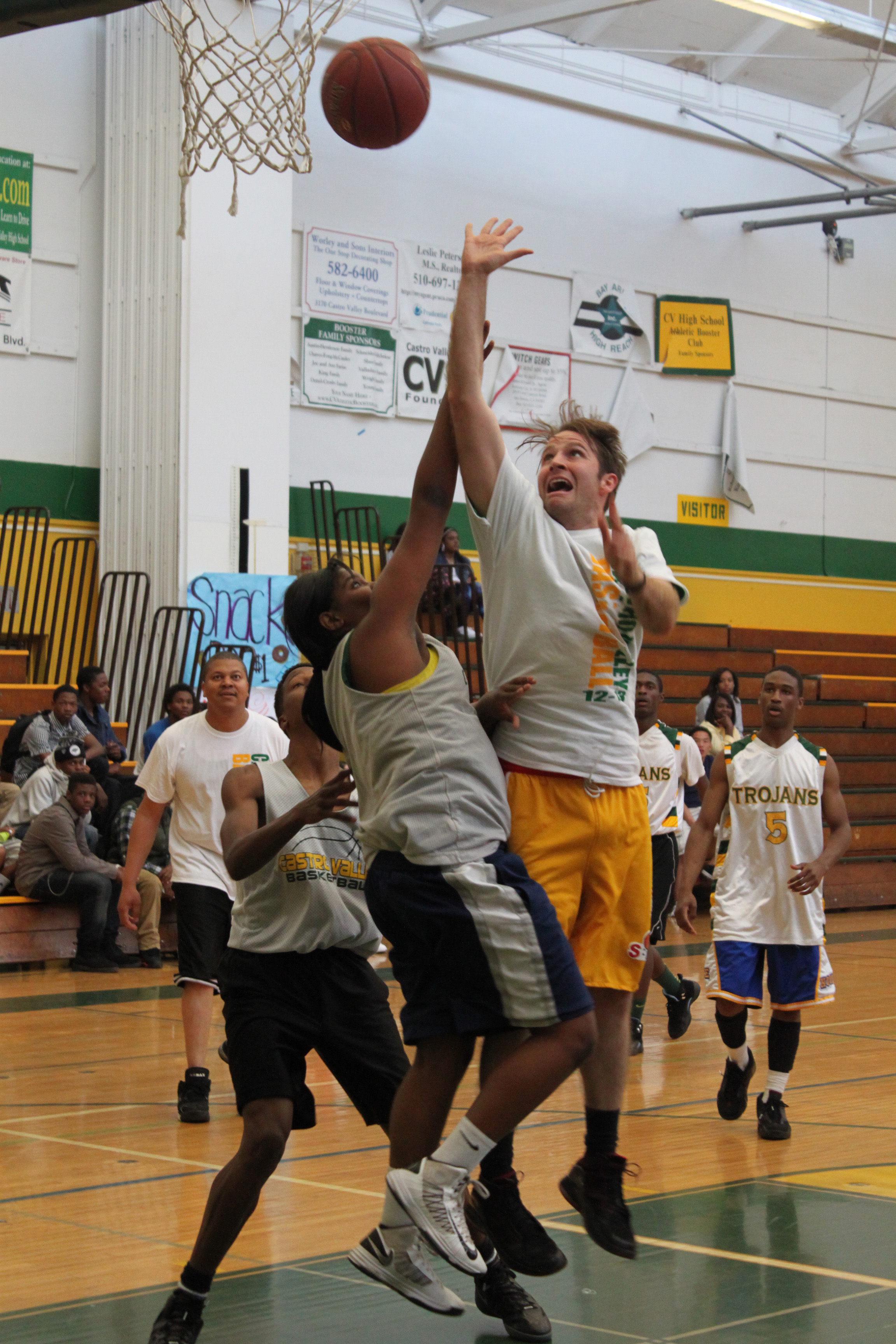 The first battle between staff and students on the basketball courts ended with the staff as victors, winning by three, 75-72 on May 10.

The first annual staff vs. students basketball game began with a loud roar for both teams. To start off the first quarter, economics teacher David Roth-Rossi scored for the staff team, followed by a strong defense and another two-point shot by Athletic Director Andy Popper, leading them to a score of 4-0.

On the students team, junior Khari Akil stole the ball from the staff and slam-dunked the ball midway into the first quarter. The crowd roared in approval.

As the game continued, the score became a game of tug of war, when the staff led; the students fought back, stealing the lead, and vice-versa. Nearing the end of the second half; the last minute of the game, the score was at 73-72, with the staff leading by a mere margin of one point.

Three seconds before the end of the battle, the students called a timeout to think of a game plan to steal back the lead.  Unfortunately though, even strategic planning could not win them the points needed to become the victors. After a couple of fouls and a timeout called by the referees came the moment of truth: would experience prevail over youth? This year, experience emerged as the victor.

“The student turnout wasn’t as much, but once they find out how much fun this was, the turnout would be much better,” said student activity director Nicholas Whitaker

Though the students lost, many appreciated the fun and excitement the game brought.

“The experience was very fun and exciting. The staff did a really good job. But we’ll see you next year, next year will be more competitive, we’ll be back,” said Akil.

“The experience was fun. You could rub shoulders with others that you normally couldn’t,” said math teacher and member of the staff team, Glenn Mitchell.

One thought on “Staff slam dunks students on the court”