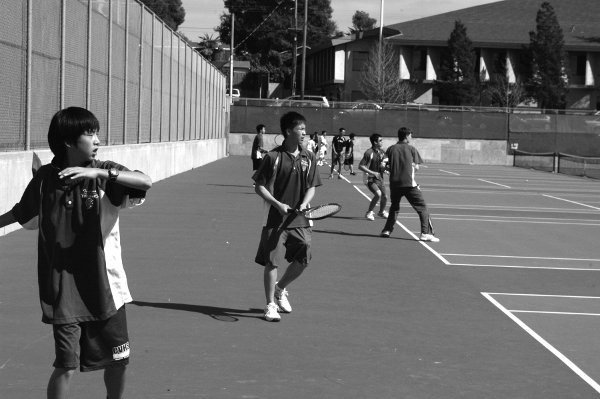 The CVHS boys tennis team creamed the Tennyson Lancers during their match on Tuesday March 20.  Both varsity and JV teams were undefeated in every match played.

“My teammate and I have great chemistry on the court,” said Wallace after his win against Tennyson.

In addition to the triumphant victory varsity had, the JV team added to the CVHS glory.

“Coming out here today, we were pretty confident in our strenuous training we’ve been through thanks to the Great Roth-Rossi.  And so we just came out here and executed our game plan and luckily it paid off,” said doubles team Andrew Coulter and Brendan Korbas.

This win makes the boys tennis team undefeated 3-0 in the HAAL.

Part of the reason why they have so much success is the inspirational talks coach David Roth-Rossi gives them.

He says things such as, “When life gives you lemons, you should be like ‘Hey life! What the heck!? Why’d you get me lemon? I’d much rather have watermelon!'” or “The early bird gets the worm, but worms taste like crap, so sleep in.”