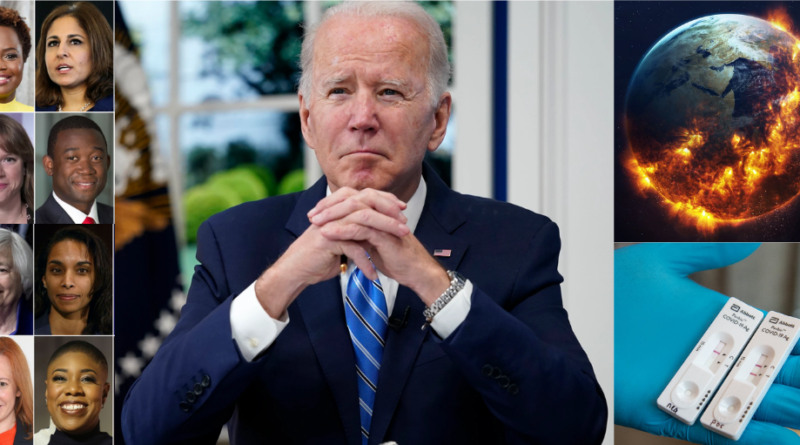 President Biden’s first year in office was underwhelming: we didn’t see him follow through on many of the promises he made during his campaign including forgiving student loan debt and expanding public health care.

We also believe that Biden isn’t responding to the climate change issue effectively or fast enough. Climate related issues are worsening at an alarming rate and the more time it takes to pass legislation to combat it, the more difficult it will be to reverse the damage.

As for Biden’s response to Covid-19, we support his efforts to encourage vaccinations and masks. However, Covid tests need to be more readily available for Americans. Giving out four rapid tests per household is not enough because many people still do not have access to proper testing.

However, despite the slow progress, many of us agree that his presidency provided a lot of relief and break from the chaos we experienced under President Donald Trump. We no longer have to anxiously anticipate controversial headlines as a result of Trump’s unpredictable and extreme reactions to world events. We also applaud Biden for repealing several of Trump era policies, restoring peace in various areas.

Biden has also made notable progress in diversifying his cabinet and federal positions by appointing people of color and women to fill these traditions often held by white men. The increased representation has been a step in the right direction, but we also want to see changes in legislation regarding social justice like voting rights.

While we understand that it is difficult to pass legislation with a divided Congress, we hope to see Biden continue to work towards keeping his campaign promises in the next few years of his term.