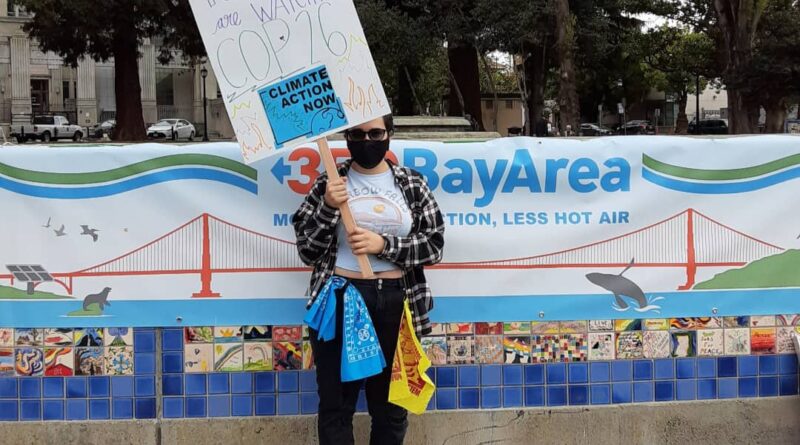 As a student passionate about social justice, climate justice is incredibly vital to me. climate change is an issue for everyone, but world leaders are not properly addressing the problem to affect the most impacted communities.

Climate justice means approaching climate change in a way that acknowledges how different populations have been impacted by climate change in varying degrees of severity. While certain nations— *ahem* U.S.—  have heavier impacts, the globe’s southern nations bear the brunt of these travesties.

From Oct. 31 to Nov. 12, 27 countries and many more non-government organizations, religious groups, activists, and businesses gathered in Glasgow, Scotland at COP 26, which I call a “Global North Greenwashing Festival,” organized by the United Nations. They discussed the current state of the climate, how the climate affects populations, and what steps should be taken.

What does this have to do with climate justice? Western countries made up the majority of COP 26’s represented nations. They exploit developing countries and Southern hemisphere resources, leaving these countries’ environments in shambles. The world’s first climate induced famine is currently occurring in Madagascar, and resources are depleting exponentially — being exploited for North Western society and being damaged by global climate change— hurting economies and societies.

As Ugandan youth climate activist Vanessa Nakate explained: “Uganda is a country heavily dependent on agriculture as an economy and also for very many families, especially in the rural areas. So with the rise in global temperatures, the disruptions in weather patterns are causing extreme weather events like flooding, like landslides, like extreme droughts. So it means that it’s loss of people’s funds, drying of people’s crops, destruction of people’s houses.”

COP 26’s delegation only included 27 countries, but activists’ representation was also heavily limited. Some notable speakers were Nakate, Greta Thunberg, Kristy Drutman, Malala Yousafzai, and more, but the media often left out non-white voices in coverage — erasing the humanity of the exploited, most impacted nations and communities.

The global and area specific climate atrocities hurt everyone, but they have displaced and harmed many populations of color throughout the world much more severely because of systemic oppression and lack of protections. Around the Global South, non-men are forced to skip their education in order to make sure their families are safe from climate change. Letting people die because of racist and sexist policies and inaction at the hands of a climate crisis the government has induced is unacceptable.

Not only is climate justice racial justice, it is also gender justice.

Justice is impossible after death, but, to stop current and future climate injustices, racial justice and gender justice must be achieved worldwide. Climate justice can only be found when everyone’s voice is included and valued, and change is committed to by corporations and governments. Climate justice is a necessity when considering our world’s solution to the climate crisis. The Global North Greenwashing Festival we call COP 26 is an excuse for ignoring and exploiting climate injustices, and the actual issues cannot be brushed under the rug by empty promises.