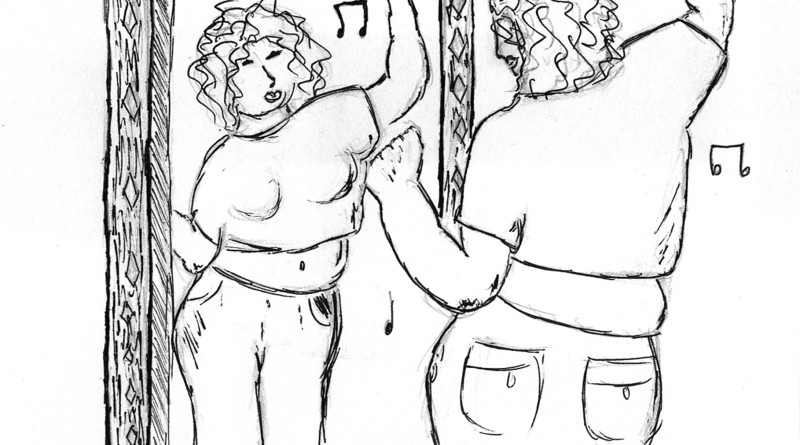 Until I became a teenager, I didn’t truly appreciate the vital role that body image has in our everyday lives.

As a ballet dancer taking classes in front of mirrors, a teenager presenting myself to my peers at school, and a prospective college student striving for a pristine application, I am now constantly building my personal image to accommodate myself and my future, as I envision it. My problems arose when too many factors extended outside of my control, and I realized that the image of myself was no longer something that I could feel proud of.

It may not surprise you to hear that my health and eating habits became the outlet for this desire for control. However, it wasn’t so obvious to me at the time, and it took a while to analyze and repair my relationship with myself and understand how it connected to my eating.

I remember being introduced to eating disorders and their association with dancers through a book I found at the library, picking it up on a whim and then being rather shocked at its descriptions of a distraught ballerina who develops bulimia. I didn’t think much of it at the time.

Then one summer I attended a ballet program away from “ballet utopia,” as my teacher sometimes jokingly refers to our small school. Although it was not my first time dancing at a different school, it was the first experience when I felt uncomfortable in every class. As a result, I began to lose my confidence and motivation to dance.

As a dancer placed in a level with a lot of girls, many of whom were younger and had a different body type from me, I began to feel like a fish out of water. I felt like everyone was looking at me and was unimpressed with my ability as well as my body.

After this experience, I tried to remain positive, but my waning confidence had effects for many months. It was then that I was approached about weight loss by first my ballet teacher, and then later by a friend who had struggled with an eating disorder.

I initially responded to their concerns with confident denial, but in private, these comments felt like unexpected accusations that made me ashamed and confused. For the next month I struggled more than ever with what had previously been an unconscious habit of skimping during meals, something that I never thought of as serious or unusual.

Because I have an incredibly supportive network of family, friends, and mentors, I was able to put myself back on the right track. Dieticians would probably describe my condition then as the beginning stages of anorexia, but I never did visit a specialist.

After thoroughly analyzing my behavior, I was able to trace my problem back to what triggered it, and that began my step forward towards fixing my problem. I had also noticed how not eating enough made me feel more disappointed in myself and disconnected from people. Making a decision to change wasn’t dramatic or painful; I just decided that I wanted to be happy more than I wanted to be perfect.

I believe a direct approach is the most sure way of helping those with this problem. Most likely they will deny it, but for people who are in a similar state as I was in, a gentle but firm voice can help reveal control issues. Now, I am constantly checking on myself to ensure that I don’t fall back on old habits, especially at times where I am under excess stress.

As we grow older, it’s only natural that we become more aware of what we use to fuel our bodies. It’s just important that these thoughts don’t overcome us, and that “health” doesn’t become a cover-up for unhealthy dieting.

I look around the ballet studio now at dancers who I admire not for their willowy limbs or tiny waists, but for their unbreakable work ethic and genuine love for what they are doing. These are the qualities that transcend physical limitations; this is the way I will work for the rest of my life.