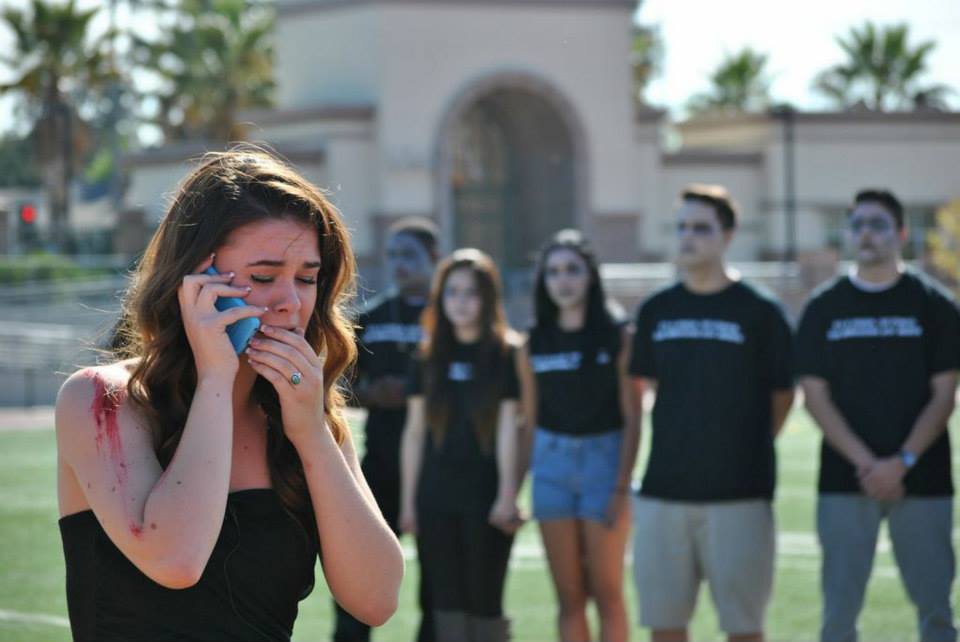 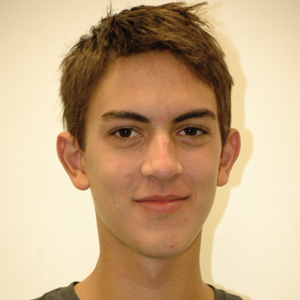 Every 15 minutes, someone dies from an alcohol-related car crash. “Today, I died,” I wrote. Unfortunately, the rest of my letter to my girlfriend was washed out by a constant flow of tears that crinkled my paper and created pools of dark purple ink.

Fourteen hours earlier I smiled as my name was called over the loudspeakers. Walking out of my classroom into the open air of the courtyard, I admired the sun shining down on my face. I watched the trees sway gently in the wind while I thought to myself how great it would be to not go to math. I met up with my friend Alejandro on my walk to the Center for the Arts. We chatted and laughed about our day as we entered the CFA to get ready for the crash scene.

While inside the CFA, several nurses and teachers explained how our lives would change after the program. As I watched the stony faces of my peers, I smiled a little. I was strong since I’ve seen car crashes and seen them in movies too. I wouldn’t cry. Sure, it would be an emotional experience, but in the end, I would walk out the same person. Putting my joyful demeanor aside, I walked solemn-faced out onto the field to survey the crash.

The moment I heard the screech of rubber on asphalt, my mind split in two. I knew it was fake. We had just rehearsed this part of the crash and had just strewn fake blood across the windshield of the car. But as I watched my friends gasping for breath as they bled out onto the turf, it became increasingly more real for me. But I fought back the emotion, and continued on with the assembly.

After the crash, we packed our bags and began talking about the resort we would stay at that night. After a long bus ride, we arrived at our resort, put our bags in our rooms, and met in the lobby. It was a Thursday night and we were carefree and happy to be far away from homework and school, and felt invincible while we had our friends around us. I couldn’t have been more wrong.

The next 20 hours crushed me like the hundreds of impacts I was about to see. The images tore at me like broken glass and my tears ran as fast as blood dripping onto asphalt. Through the guest speakers and the presentations, I was strong. I sat tall and listened to one heart-breaking story after another. But it wasn’t me. It wasn’t my family and it wasn’t my friends. I watched in horror as pictures of people mangled in cars flashed across the screen. So when Dubb asked us to do one last final activity, I did what he asked, and sprawled out onto the floor with my peers, feeling strong and relaxed.

Twenty minutes later, I attempted to get up. I was curled in a fetal position gripping my pillow with white knuckles. My shirt was wet and so was the carpet around me from my tears that were still streaming from my eyes. As I looked across the room, the social hierarchy of high school dissolved around me. The men who I had regarded as tough and unforgiving were crying and shaking as they laid on the floor. The girls who had convinced me that they no longer showed emotion huddled together as they sniffled and wept.

As Dubb described the horrors of a drunk driving crash that had taken my own life, I envisioned the things I loved most in life and how I lost them all. I would never see that person that I loved, I would never eat that favorite meal. I would never do anything again. My life was over because someone decided to drink and drive. Still shaken from the thought of my own death, I took a piece of paper like everyone else and began to write. I wrote to my parents and to my girlfriend, apologizing for all the things I had done and telling them that if I had one more minute, I would’ve told them I loved them before I left.

For 17 years I had been invincible. I had been strong and I had a future. But it only took one day for someone to convince me of my own mortality. Earlier that day, I had walked through the bright sunshine, felt the wind across my face, and took it all for granted. I sat on top of a hill with my friend and never once thought, “When I drive home today, I may never see him again.” I suddenly realized that everything I had watched and heard in the last day could’ve been my story. It could’ve been me. But as I looked around the room at the red eyes and stuffy noses of people I barely knew, I felt safe because we were no longer naive. We had not died, but decided to live a new life, free from drunk driving.

Today, I do not have to die.