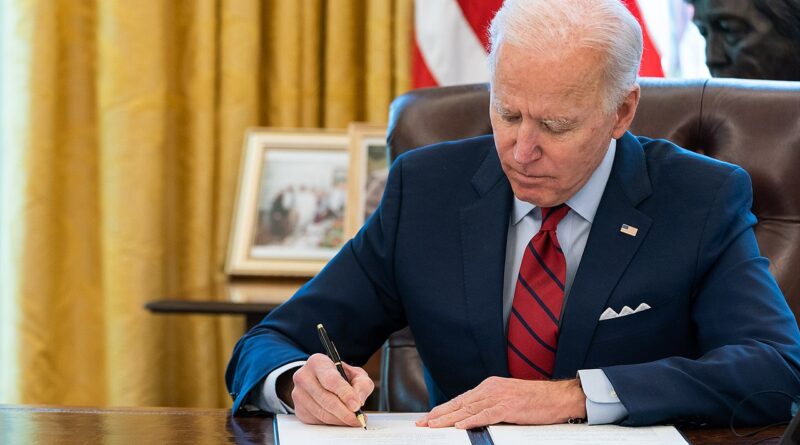 President Joe Biden’s first year in the White House arrived in January, and the approach taken by his administration has shifted from the Trump Administration to a more moderately democratic stance.

An Olympian survey showed 55.1% of CVHS students approve of Biden’s job performance. Some that disapprove think he is not doing enough and are unsatisfied and others still believe the 2020 election was rigged.

“He reversed a lot of Trump’s previous actions which were harmful to both people and the environment,” said CVHS senior Alaina Retodo.

“He has failed in multiple categories as president and the only thing keeping his image going is his strong pursuit for everyone to get vaccinated,” stated CVHS junior Alex Burke. He also criticized the withdrawal from Afghanistan and Biden’s impact on the economy.

On the campaign trail, Biden made a lot of promises: ensure the U.S. achieves a 100% clean energy economy and reaches net-zero emissions no later than 2050, plan for the effective, equitable distribution of treatments and vaccines, forgive student loans, provide a public health insurance option, and more.

So far, there has been little follow through on a lot of issues, including racial justice and the climate crisis. He has proposed policies regarding these issues which have not passed the Senate.

So far, Biden has seemed to follow through with some of these promises as best as he can without using too many executive orders bypassing Congress.  He has confirmed 40 federal judges and, as promised, many are women of color. He also made a historic addition to his cabinet by appointing Deb Haaland to be Secretary of the Interior. She is the first Indigenous person in any administration’s cabinet.

“I think it’s important that he has appointed a diverse set of experts to his cabinet. Choosing Deb Haaland as US Secretary of the Interior is so significant,” exclaimed CVHS English teacher Anne Parris. “I think getting the Build Back Better bill passed, even in its watered-down form, is also huge.”

One crucial part of the Biden plan has been the Build Back Better Act. This is a $1.75 trillion reconciliation bill (lowered after talks), allocating funds for Covid-19 relief, social services, welfare, infrastructure, and reducing the effects of the climate crisis. It also includes universal preschool, two years of free community college, Medicare and Medicaid expansion, lower prescription drug costs, tax cuts for families with kids, paid family leave for 12 weeks, housing investments, and climate incentives. Some of the tax changes are essentially repeals of Trump-era tax cuts. While this bill has passed the House of Representatives, it is being held up in the Senate, primarily by Sen. Joe Manchin.

“Although Biden is heading in the right direction, I feel he needs to revise his tax bills since it would be targeting more employees in the medical field rather than the businessmen,” shared CVHS junior Michelle Phan.

In the last week of his first year in office, Biden rolled out the opportunity for every American household to receive four free Covid at-home rapid tests. His response to the Omicron variant has been to continue the cautionary measures of encouraging vaccination and testing.

“Trying to get the Covid vaccine spread has been a good effort but it doesn’t seem like it is working,” said CVHS history teacher Kevin Batchelor.

“I think the Biden Administration is doing all right. Covid is challenging every leader, but he is really trying. Combating disinformation must be exhausting and a huge drain on resources,” said Parris.

Superintendent Parvin Ahmadi said that schools need support from the Biden Administration to mitigate the impacts of Covid: “Students need take-home tests all the time — not just once,” she said.

“Some people call this a new normal. I call it a job not-yet-finished,” Biden said.

In his first year, he also leased the Gulf of Mexico to Big Oil, even though one of his boldest promises was to not allow oil and gas leasing on public lands and waters.

“The Biden Administration has done little to combat the climate crisis…We need to see radical change in our society to save our planet,” said CVHS senior Sofia Palau.

Biden has enacted a student loan moratorium, but has not seemed to make an effort to push student loan forgiveness on a larger scale — he left it out of the Build Back Better bill and does not seem to have plans for this in the near future.

According to CVHS librarian Angela Anthony, Biden should “do something about forgiving a percentage of student loans.” As someone dealing with the effects of student loans, this personally impacts her life, so she wants to see change in this area.

In general, many CVHS staff members and students feel that the Biden Administration is a lot less chaotic than the previous administration.

“I think there is less cronyism and more civility within the Biden Administration,” stated Parris.

“There is less of a sense of chaos and disorganization than during the Trump Administration,” agreed Batchelor.

“Generally, the political climate doesn’t seem as charged as under Trump,” said Anthony. “I am underwhelmed; I had really high hopes for change, but he hasn’t followed through on a lot of his promises.”

In the coming year, students and staff alike hope to see Biden fulfill his campaign promises and create substantial change for the people. A lot will change regarding Covid throughout the next year, and a new Congress will be in place, so we will be keeping up with Biden.