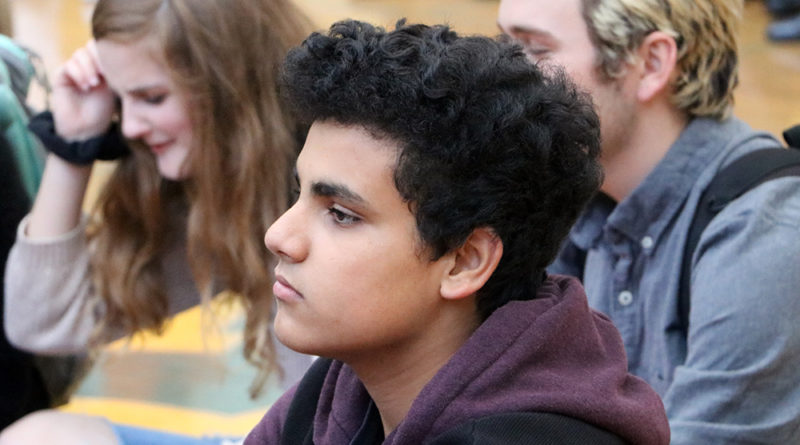 Recent shootings and threats have left students anxious and uncomfortable at school, though some students are trying to change that.

During the week of April 16 to 20, students from the Muslim Student Association (MSA) and Girls Learn International (GLI) organized a series of events including a candlelight vigil putting attention on mental health problems and school violence.

In the aftermath of the Feb. 14 shooting at Marjory Stoneman Douglas High School in Parkland, Florida, students have staged walkouts and protests as well as conciliatory events like those at CVHS.

CVHS students staged a walkout on March 14, protesting what was perceived as a lack of governmental response to the attack in Parkland. Many students vented their frustrations with those in power and their resistance to gun control.

While in many places across the nation another walkout was staged on the anniversary of the shooting at Columbine, April 20, frustrations at CVHS were dealt with through activities encouraging empathy and communication.

On April 16, students were invited to make friendship bracelets in the gym, and on April 18 organizers led a therapy circle to discuss people’s thoughts and feelings. A candlelight vigil was held for victims of school violence on April 20, which included singing and pictures of the deceased.

Grace Boyd, public relations officer for GLI, expressed why she didn’t want CVHS to put on another walkout. “Not everyone at our school supports gun control. That’s why we wanted to focus on events that were more mental health related and made CVHS more of a community,” she said.

Some students who attended the activities were relieved to see a respectful dialogue about school violence.

“It makes me hopeful we can have more discussions in the future and take action to ensure our safety at school,” said sophomore Marya Gilbert.

The promotion of free conversation was a large part of the activities hosted by GLI and MSA, who invited administrators and student resource officers to participate. Many students felt that the activities were a good way to vent feelings and promote mental health at the school.