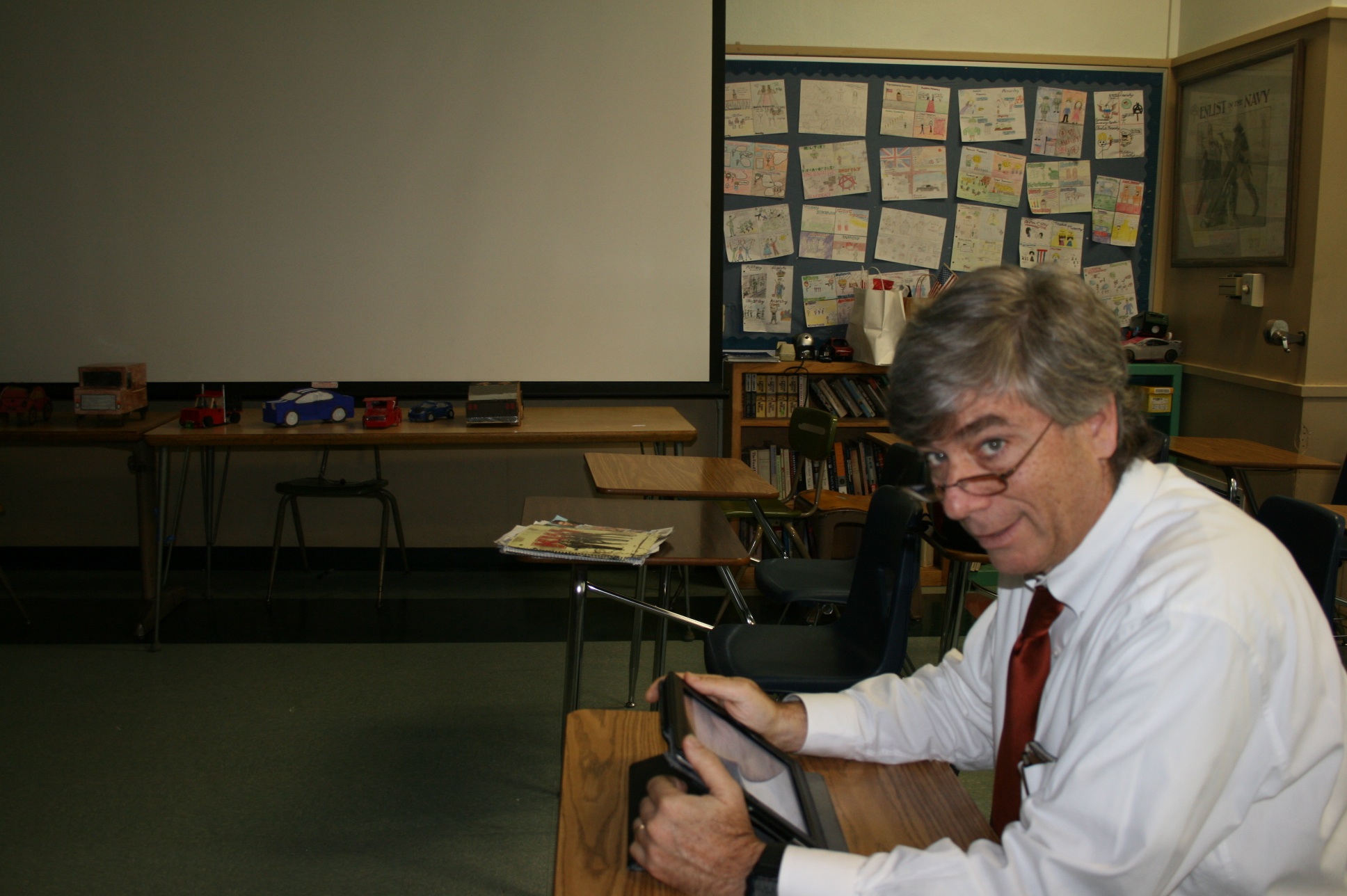 For the past two years, social studies teacher Jeff Goldstein has been using iPads to teach and quiz his classes.

Goldstein received a grant two years ago and he used it to get iPads for himself and his classroom. He been using the iPads to assign projects and quizzes to his students and it seems to be going well.

“It gets better and better using these each year, and I’m getting more comfortable with using the iPads,” said Goldstein. “I use this app called Nearpod, which gives quizzes to students, who then receive immediate feedback on their work and can learn the correct answers.”

Students have also been enjoying the iPads and prefer them more than taking paper tests and quizzes.

“When taking quizzes, it’s better to use the iPads because you get immediate feedback on what you did wrong, and you can learn from your mistakes,” said sophomore Armando Manns. “That helps me more than just seeing a percentage on the top of my paper. Plus, it’s easy to type on because it’s similar to typing on a computer or cell phone.”

As it turns out, the English department has iPads to help teach the students as well.  The department received two carts of iPads for the students, but unfortunately, the teachers do not have their own.

“The school will receive Chromebooks this fall. We are getting eight carts with 32 of them in all of them, but right now they are being put together,” said Goldstein.