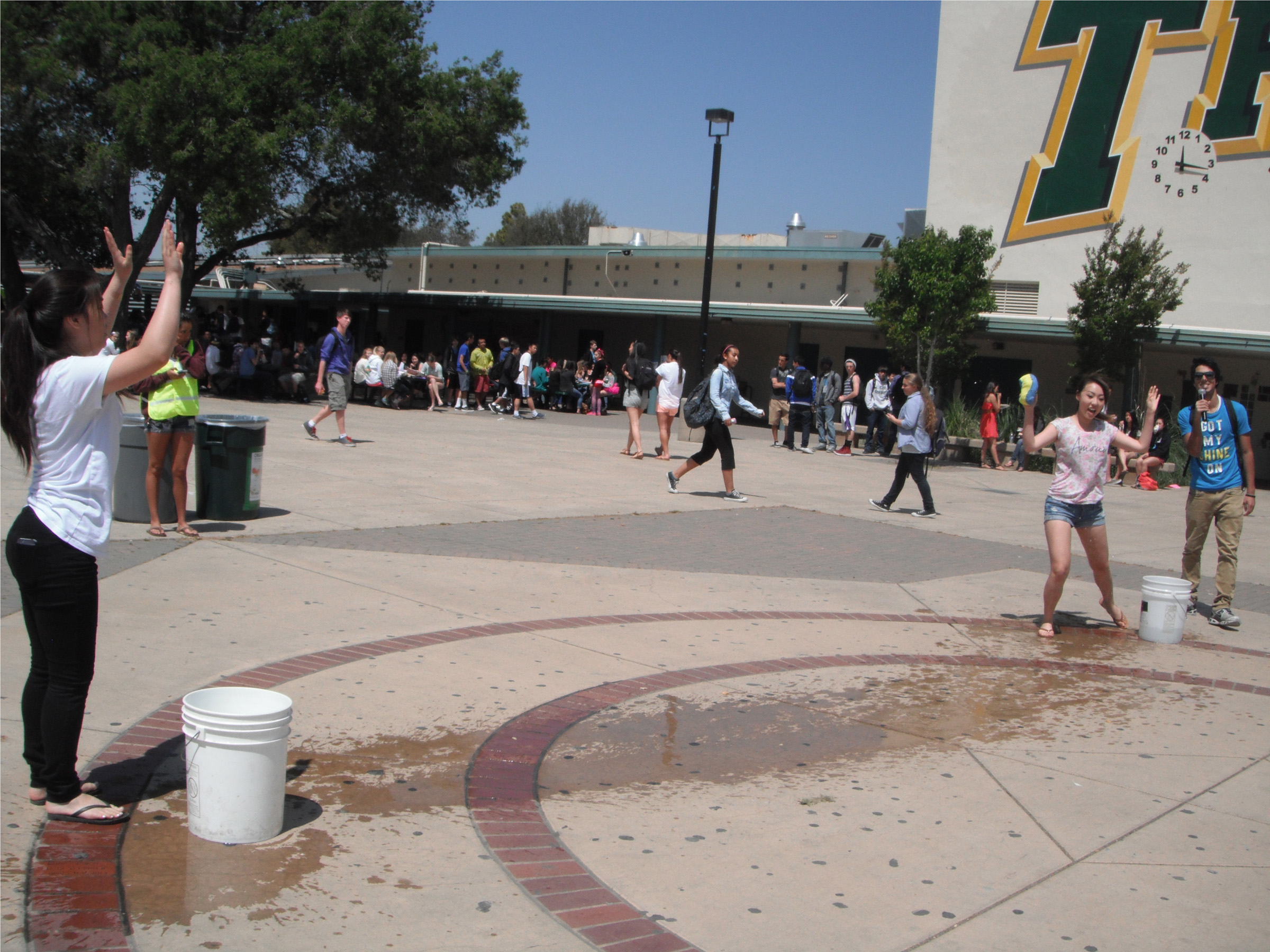 The T3 club, formally known as Teens Tackle Tobacco, had different activities set up at lunch in the courtyard for students to learn the dangers of tobacco and smoking during the last week in April.

They started off by sending a presenter to the health classes to talk about the dangers of smoking. This was followed with questions on the announcements about tobacco giving classes a chance to win some prizes. Throughout the week, members of the club were giving out water bottles and stickers with the slogan, “Don’t be a butthead.”

On Wednesday, the club’s goal was to inform students on statistical dangers of tobacco. A game was set up for two teams to compete against each other by filling up their bucket with water by soaking a sponge and then rushing to the other bucket to squeeze the water out. The line where the water reaches represents the amount of tar in a person’s lungs from one pack per day for two weeks.

Along with educating high school students, the club’s mission is to spread awareness of the dangers of tobacco to younger students. This is simply because those who become addicted to smoking begin at a young age, so those in the club aim to stop it at a young age.

“We are peer educators that talk to middle school students to promote the dangers of tobacco use,” said club member Claudia Tang.

The club will be going to Canyon Middle School to give presentations to the students there as well.