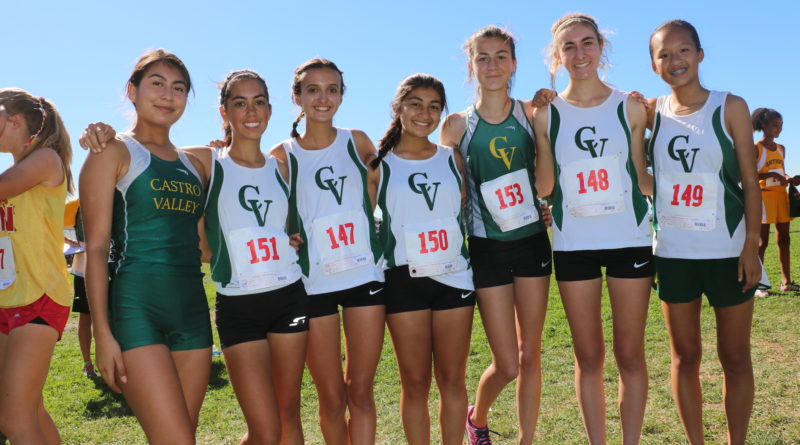 Trojan cross country teams ran spectacular times at this year’s North Coast Section (NCS) Meet of Champions in Hayward on Nov. 19. The boys came in second in the three mile run, and the girls placed first. The teams were excited about about reaching the state cross country championships.

“It was the best feeling all season,” said senior Kate Armstrong, who was injured last season but got back on the track this year. “Going to the state meet was our goal the entire season.”

The team was in for a wet surprise at NCS,  as it had been raining before the competition. But that didn’t slow any of the teams down.

“I am super proud of my time because of how wet it was there,” said junior Reilly Berberian.

The rain wasn’t the only surprise the boys team got. In a race won by Dougherty Valley, Castro Valley, Berkeley and James Logan raced for second place and the state meet berth. The Trojans beat both rivals, led by Berberian, Vincent Friesen and Seth Miu.

“It felt amazing because Berkeley and James Logan were expecting to place second, but then we beat them,” said junior Skyler Bowersmith, a new runner. “I was new so I was striding to keep up with them,” said Bowersmith. And keep up he did, with the fourth fastest time for the boys team.

Both teams competed in the state meet on Nov. 26, each finishing in 23rd place.

One thought on “Girls Cross Country places first in NCS”