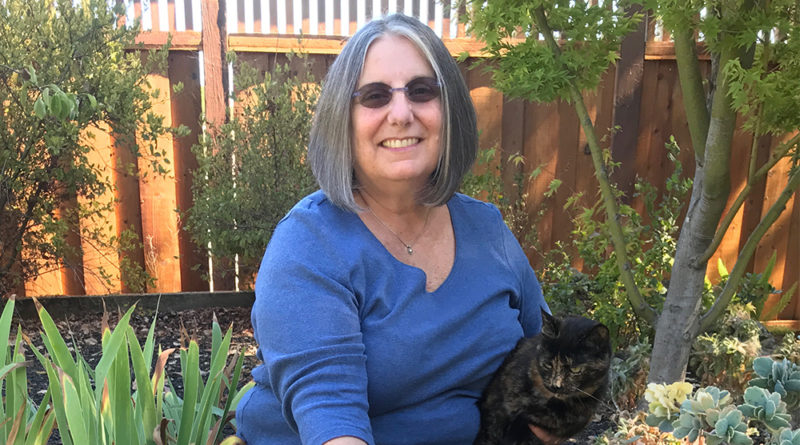 Dr. Deborah Yager never imagined she would become a teacher. As a research scientist for over 30 years,  she studied pulmonary airway mechanics in academic laboratories at UC San Diego, Harvard University and, most recently, Lawrence Berkeley National Laboratory. When the opportunity arose to replace a teacher at CVHS, she decided to try out teaching and fell in love with it. She was thrilled to be in the classroom, sharing her passion for science and giving back to the world by training the next generation of scientists to save our planet before it is too late.

For  11 and a half years, through instruction of Honors Chemistry, Kitchen Chemistry, Chemistry,  Pre-Nursing/Pre-EM, Yager has bestowed genuine interest upon her students. Students from the past six years agree that she created a challenging yet welcoming classroom environment.

She treated every student equally with respect, expecting the same quality of work regardless if you were an A or D student, taking the class out of pure interest or simply for the honors grade boost. She made it her mission to “stimulate scientific curiousity, and provide a foundation of knowledge about the fascinating world of chemistry that will prepare students for college science and beyond,” and that was exactly what she did.

“Her teaching in high school set me up to do well in all three of my lower-division chemistry classes at Davis. I still have my periodic table that she gave us,” reflected 2014 graduate Anushka Singh.

Because she went above and beyond to help her students, the skills learned in Yager’s class helped students even years after, in college.

“Dr. Yager made a very distinct point that although she is the teacher, she is still learning and that sometimes, she herself could be wrong. It helped me develop a mentality to always understand what I am learning and to not be afraid to speak out when I feel that something doesn’t make sense to me,” said Jack Hu from the CVHS class of 2014. Her class helped him develop curiosity, a trait he values greatly.

Yager was also valued immensely by students who sought her advice for classes, important decisions, and life in general. She was especially an inspiration to her female students. As the first female to receive a doctorate from UC San Diego in bioengineering, she was a role model for all girls pursuing higher education and opposing gender stereotypes.

Yager has encouraged and advised students in creating and participation in Girls Who Code and other programs such as SIMR, SWE, seeME, and RISE at university campuses.

In addition, her passions and presence extended beyond the school’s science department. As the founding advisor for the Smart Environment Club and American Chemical Society (ACS) Chemistry Club, she continued to educate and inspire interest in the sciences and environmental sustainability outside the classroom.

“ If it were not for her, I don’t think I would have as much direction as I do now in college.” said Melanie Chuong from the class of 2017.

It was due largely to her leadership that chemistry classrooms are exponentially safer than they were when the science wing opened in 2001. Yager conducted the first ever complete chemical cleanout at CVHS as a mostly unpaid volunteer, establishing CVUSD as a district with a chemical hygiene plan, approved after two years.

There were decades-old degraded chemicals in science classrooms, and no chemical hygiene plan to guide safe disposal of those dangerous chemicals or help staff members properly recognize safety hazards and violations. Voicing the concerns of many science teachers of inadequate ventilation and unmet health and safety codes, Yager headed an intense three year process to address these issues. Leading the Science Safety Committee for the last eight years, she had the school district install new fume hoods, purge fans, eyewash stations and proper ventilation inspections–improvements that have benefited the overall safety of our school and will continue to for years to come.

Yager’s retirement was an unexpected surprise to not only herself, but fellow staff, and hundreds of prospective honors chemistry students for the new year. Her honors chemistry class is a program that requires a prep period for the many labs that the class does as well as availability to support students at lunch and afterschool on a daily basis. The schedule that she received on the last day of school supported that, but changed over the summer, making it impossible for her to run her program. Thus, she has made the difficult decision to officially retire from her teaching career.

In retirement, Yager says she looks forward to continuing her studies of chemistry. She is auditing a biochemistry course at Stanford this fall, and enjoys gardening and traveling.

Her favorite aspects of teaching were “mainly developing relationships with students, getting to know students and their interests, trying to inspire them to become scientists, and getting them to see the importance in having a basic science knowledge no matter what they decide to do in their lives.” Needless to say, what she misses the most is daily student contact, so she hopes to continue to mentor students, starting after this first semester.

Yager was not only an irreplaceable teacher, she was a loved individual. She worked tirelessly, until 9 p.m. almost every night, to make sure her students were receiving the best quality of care and education. She  strived to reach every single person that came to her. Of the students that had the privilege of being taught by her, many fell in love with the world of science, and will never forget the time and effort that she dedicated to CVHS.