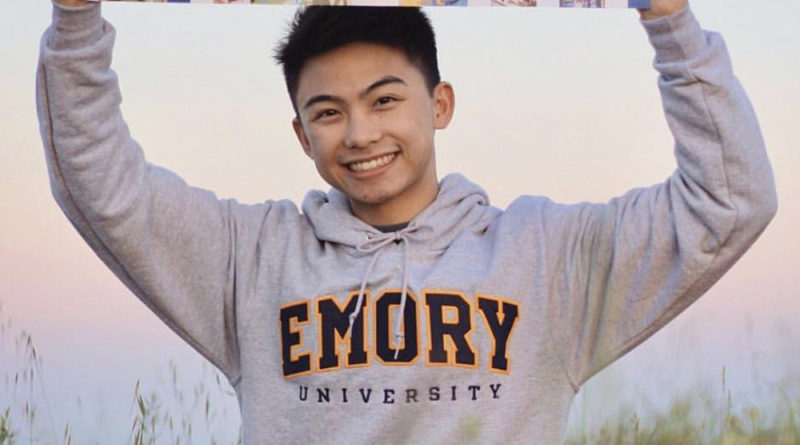 As his sophomore year came to an end, Chris Kusumonegoro knew that he wanted to follow in his older sister’s footsteps in making an impact as a part of DECA in his remaining high school years. To Kusumonegoro, DECA was not just a typical student-centered organization, but rather a big step towards “limitless” opportunities and experiences.

Kusumonegoro immediately began his DECA career by running for the position of vice president of marketing and communications for the CVHS chapter. Soon after, he decided to take a chance and run for the vice president of NorCal after his passion for DECA grew.

It took Kusumonegoro countless weeks to put his campaign together. It began with intense research, letters of recommendations, peer recommendations, interviews. He was running for district officer at his first conference ever.

Nonetheless, Kusumonegoro earned the well-deserved position and recalls it being the “most work I’ve ever put into something.” Additionally, it was an extremely huge milestone in January of his junior year.

On the week of April 21-24, Kusumonegoro flourished even more at the annual DECA International Career Development Conference held in Atlanta, Georgia alongside nine other CVHS chapter members. In the biggest DECA event held for the high school level, attendees were able to gain networking opportunities, learn skills geared towards their possible career path, develop stronger public speaking skills, and even explore the city.

Despite being the only one from the Castro Valley chapter competing against top competitors worldwide, Kusumonegoro became a top ten finalist in the world for the marketing/communication series. This was especially monumental for him because it showed tremendous self-improvement.

“I’m a person who strives to do the most I can and DECA allowed me to go beyond my community and pursue other countless opportunities,” remarked Kusumonegoro, who’s now a senior.

However, his success doesn’t end there. Kusumonegoro plans to major in business and finance on a full ride with the Goizueta Scholarship to Emory University. Moreover, he is hoping to further his interests in consulting and building bigger connections in the future.