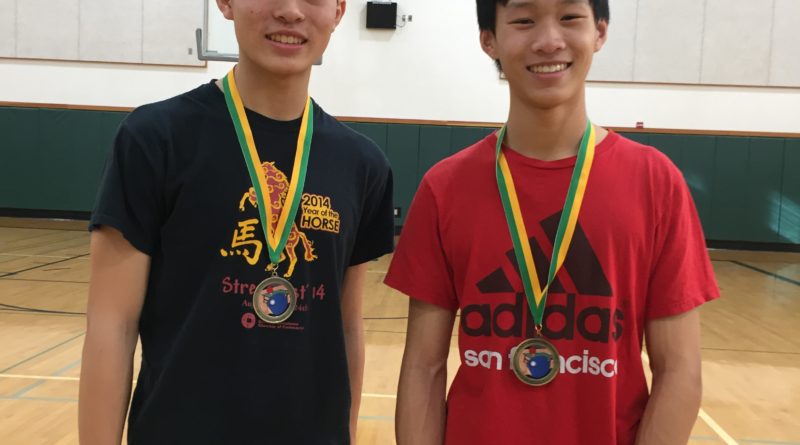 A tiny ball whizzes past the audience. Someone hits the ball so hard it ends up on the other side of the room before the audience can process the motion. The annual table tennis tournament was held at CVHS the week of Dec. 11 to Dec. 15.

Team Zhang Jike won the tournament. The team consisted of players junior Yang-Jie Qin and sophomore Jimmy Huang.  Players played in teams of two, for five rounds of games. Teams had won two matches, by scoring 21 points in each, to win their games. Each team that won advanced to the next round. Casual players lost quickly to the more seasoned teams.

The teams began competing at the beginning of the week, and were eliminated until the best teams were left for the final game on Friday.

Both of the final teams played well, but there was an obvious winner from the beginning of the game.

“We were confident in our skills,” said Qin.

This was Qin’s second time winning the CVHS table tennis tournament; he also won in 2015.

The two players skills’ came from a long history of training in the sport.

“I started when I was really young. I played on the dining room table with my parents,” Qin stated.

“I have been playing for four years,” Huang said.

“A point of focus is our serves. Serves are the one thing our opponents can’t alter,” said Qin.

Qin and Huang demonstrated mastery in their table tennis skills by being able to utilize strong serves to finish matches not long after they started.