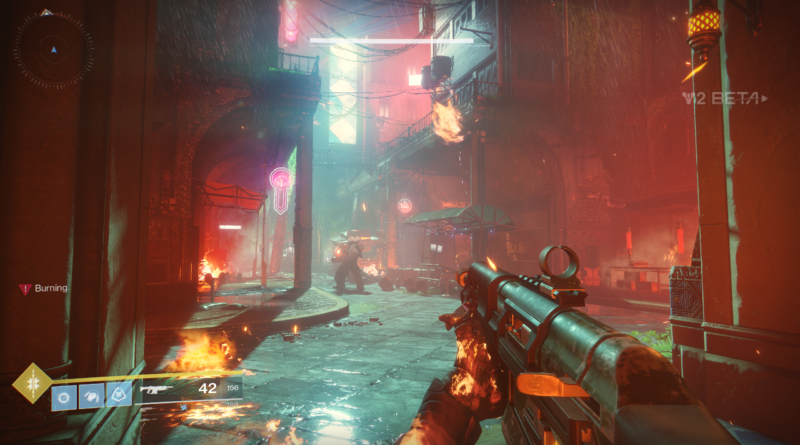 Your strength is taken from you, above the clouds on a spaceship you lay without power, an alien overlord walks over to you, as you try to crawl away, he kicks you to the edge of the ship, he then kicks you off and you fall. “Destiny 2” is a sequel to “Destiny,” a game in which warriors called guardians fight the “darkness” with their light.

“Destiny 2” was developed by the same company that created and developed the Halo Franchise, Bungie. “Destiny 2” is very similar as “Destiny,” but it has a few improvements like smoother gameplay and a higher loot drop rates, which are the items in the game,  for casual players. The new game is a hit or miss to most people, like the previous one. Those who disliked the gameplay of the original would most likely dislike this game.

However, those who enjoyed “Destiny” are bound to enjoy “Destiny 2.” The story was improved from the previous version and although the story aligns with the first game. The makers ingeniously take away your previous progress by introducing a new character who destroys your city and takes your gear.

The story revolves around you trying to take back what the new character, Ghaul, stole from you. To reach Ghaul you scrounge different planets, and try to bring together the main characters to help you defeat him. After you defeat him, you reach the end game where you try to maximize the power of your gear, and participate in public events and team based PVE (Player Vs. Environment), which would include non player characters as enemies.

The game has a decent story line and great gameplay mechanics. The abundance of things to do after you finish the story is also amazing, which different from the older game. Bungie listened to all the feedback from the original, and implemented the suggestions in “Destiny 2” to create a more refined video game. The game is great for those who enjoy MMOs or play with friends. I would rate the game 4 out of 5 stars.