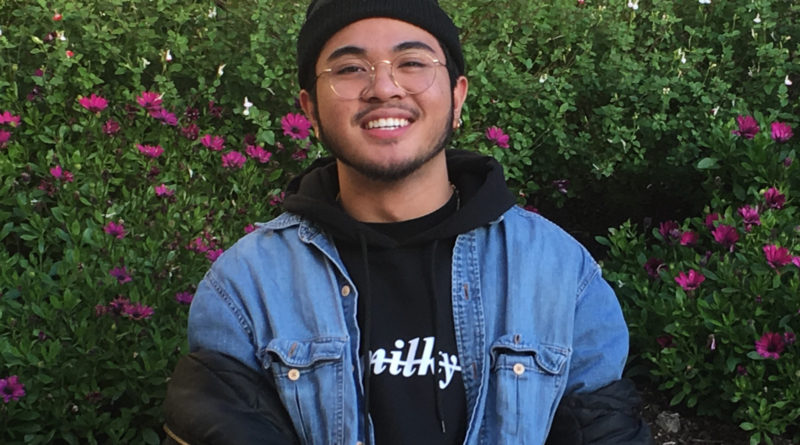 Andre Juntilla, a senior here at CVHS, is heavily involved with music. He is very invested in his talents and has been very successful so far. Juntilla plays several instruments, is a part of madrigals, and is a co-drum major in the marching band.

Juntilla developed a very strong interest in music starting at a young age. He was always very outgoing and up to trying new things.

“I didn’t want to be someone who was only good at one thing. I wanted to be mediocre at a lot of different things,” he said.

Juntilla has developed his musical talents through classes offered on campus, such as band and madrigals.

“Being in band is helpful because it gives me ideas for different chords. One of my most popular songs was written using chords from a band song. Its called Dreamland. Also, choir has been helpful because it has helped me improve my vocals and blend my songs better when I make music,” he said.

Juntilla is very passionate and works hard to be successful. He spends his free time producing his own albums. His most recent album, titled “No Name by Milky Dre,” was released on Nov. 28. It can be found on soundcloud.com. He creates all of his own beats and writes all of his own rap songs.

The inspiration for his albums and EPs comes from events that take place in his life.

“My music really reflects what is going on in my life. I’m motivated by what goes on in my life and I put that into my music. For me, it’s an escape,” he said.

Juntilla’s future goal is to become a role model for people who have similar dreams. He wants to show others that hard work really does pay off, and that passion is all you need.

Juntilla has also found passion in clothing design. Over the summer of 2016, he designed his very own clothing line which he called “Milky by Milky Dre.” Juntilla’s clothing line is a trendy brand focused on casual streetwear.

“I do everything myself. I ship out all the packages, places orders and design everything,” he said. “Milky by Milky Dre” apparel can be found on his clothing website, milkybymilkydre.bigcartel.com.

With both music and business on his mind, Juntilla plans to create a timeless brand that inspires others to follow their dreams. He wants to build his business into a popular brand and continue his music. He hopes to be signed as a recording artist one day.

Juntilla wants to show everyone that following your dreams and becoming successful is possible if you work hard and go get it.

“I want to be an influence to all the business-minded and musically-oriented people out there. I want to tell them that hard work will lead to success,” he said.