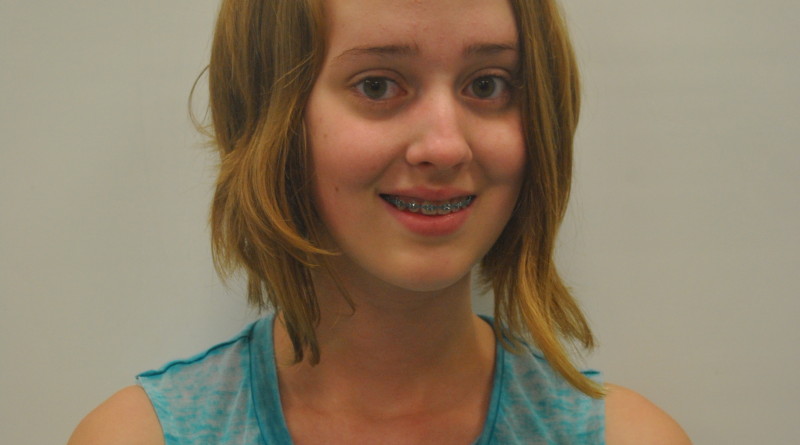 Imagine taking 11 classes, attending as few as two of them a day, and sometimes having three-hour breaks in between periods. School in another country may be very unlike the American school system, as CVHS student Callie Ross-Smith is discovering this year while living in Germany.

“It’s so different here. Classes can be cancelled at any time, and you just end up going home at 1 p.m., or go to school sometimes as late as 10 a.m. I like parts of it better. We have lots of homework, but it’s never collected. So it’s like, wow, I did all the work for nothing besides my own self improvement, what a waste of time,” Ross-Smith said.

It was weird for her to see the way students and teachers interact, because students are treated like equals right from the beginning, starting from when they visited the study abroad agency to get their living quarter assignments They’re allowed to debate with teachers, and negotiate the dates of exams or the amount of homework. The school setting itself is also very different, as she’s attending a typical German upper school with sixth to 12th grade and about 1,000 students total.

Ross-Smith worked hard to get this opportunity. She receives a Congress-Bundestag Youth Exchange (CBYX) scholarship, funded by the German and U.S. governments, which has a lengthy application process. Another CVHS student, Karina Masalkovaite, is also a recipient of the CBYX scholarship.

In March, Ross-Smith found out she’d won a scholarship, and she was placed with a host family in Schleswig-Holstein, Germany’s northernmost state. She adores her host parents and brother, but the location comes with its own set of obstacles. Some people in Schleswig-Holstein speak Low German instead of the “standard” High German that’s taught in school, and Ross-Smith can’t understand them.

Ross-Smith only took German at CVHS for a year before bravely moving to Germany.

“Hardest thing: the language. When you don’t speak someone’s language, you don’t have a personality. You can’t be clever, funny, or make any thoughtful remarks. Word puns are nearly impossible. I have the reading level of a six-year old,” she joked. “But my classmates have been super helpful, breaking words down into simpler German. And I’m slowly becoming more fluent. I just read an entire short story in German and wrote an interpretation on it.”

In return, Ross-Smith helps her friends understand English idioms and colloquialisms that usually aren’t taught in a classroom.

Though Ross-Smith has only been in Germany for two months, she’s already had her fair share of memorable experiences. A few weeks in, her host mother took her to the hospital because Ross-Smith had severe stomach pain. As it turned out, she had appendicitis and needed surgery.

“Not every exchange student can say she lost an organ during her year,” she said.

Before that, though, a much happier event took place. Ross-Smith’s birthday was on her second day of school, when she hadn’t made any friends yet. Her classmates, however, brought Ross-Smith gifts and chocolate cakes and sang for her.

“They all lined up to hug me, and it was literally the most kindest thing that’s been done on my birthday. The Germans are the kindest people ever,” Ross-Smith recounted.

Ross-Smith’s class is going on trips to Denmark and Italy this year, which she is looking forward to. She loves her math and music classes.

“I’d love to be able to go to university here,” she said.