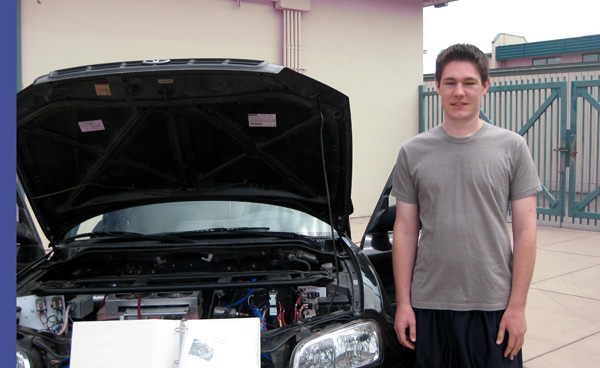 The Castro Valley Educational Foundation put on its annual science fair at CVHS on Saturday, May 14. There were a lot of fun and interesting activities that ranged from electric cars to forensic science-related fingerprinting. The cafeteria, the annex, and 700 hall were filled with incredible workshops and stations that demonstrated different scientific experiments and projects.

There were three homemade electric cars that were shown off and talked about. One of them was built by a CVHS student, while the others were made by residents of Castro Valley.  The owners of the cars talked about the pros and cons of having an electric car and went into full details about how they work and how they can be built.
A CVHS teacher ran a fingerprinting station that identified the type of fingerprint patterns people have.

“The fingerprinting was really fun, especially because a lot of people were amused by the different patterns on their fingers,” said Jose Luna, a CVHS student who participated in the fair.