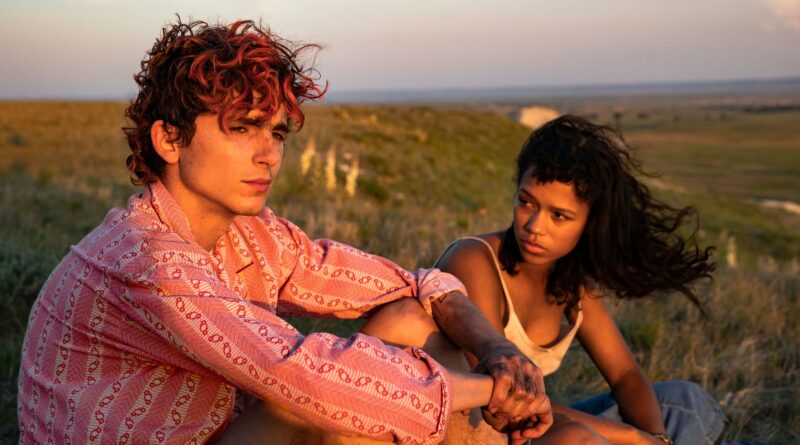 Coming of age and identity are among the many underlying themes portrayed through cannibalism and gore in “Bones and All.” The 2022 film follows Marren in her youth, attempting to find comfort and reassurance in life without parents, all while secretly living as a cannibal. Although her father supported her until she was 18, he moved away once her flesh-eating desires could no longer be controlled.

A major point of the film is Marren’s encounter with another cannibal, Lee, who goes out of his way to travel with her. Despite knowing essentially nothing about one another, Marren soon feels the comfort of knowing there is someone else like her. On the other hand, the impartial Lee begins to care for Marren as they spend more time together, finally feeling as if he is not alone anymore in his travels.

Director Luca Guadagnino makes use of the simple plot to push a much stronger thematic message within his film. The use of cannibalism serves as something more than a gorey outlet, representing the adolescence-attributed traits in the characters, forcing them to feel alone in their community as they search for answers to questions of identity.

Aside from its underlying tones, “Bones and All” is a refreshing, philosophical alternative to the flashy movies of the modern film industry. Due to the reserved nature of the protagonist, the audience often has to interpret for themselves the choices she makes throughout the film, pushing us to reflect on our own growth or identity.

Companionship is a major subject of the film, as Marren searches for it throughout the entirety of the film. Parents or school-related figures are nonexistent in her early-adulthood, so Marren must thrive on her own in an attempt to find support. After years pass once meeting Lee, Marren is again stripped of her support-system with his passing, pushing the idea that there is no one answer or endpoint to our growth and our identity will constantly evolve.

In terms of cinematics, “Bones and All” is set in 1988, Minnesota, and is shot with a feeling of nostalgia with its grainy features. With this comes a feeling of familiarity. There are many scenes contrasting with one another within the film, giving off a sense of closure, until new obstacles or questions arise. Moreover, there are shots of enclosed rooms or close ups of trees, while others are showings of massive fields, as well as contrasting lighting between hopeful lights and dreary, enclosed darks.

As many films today feature large budgets and a great amount of CGI, “Bones and All” is likely to get buried in the bigger films of 2022. Regardless, it is a breath of fresh air sure to be remembered by those who appreciate its beauty in cinematography and audience-relation in themes.