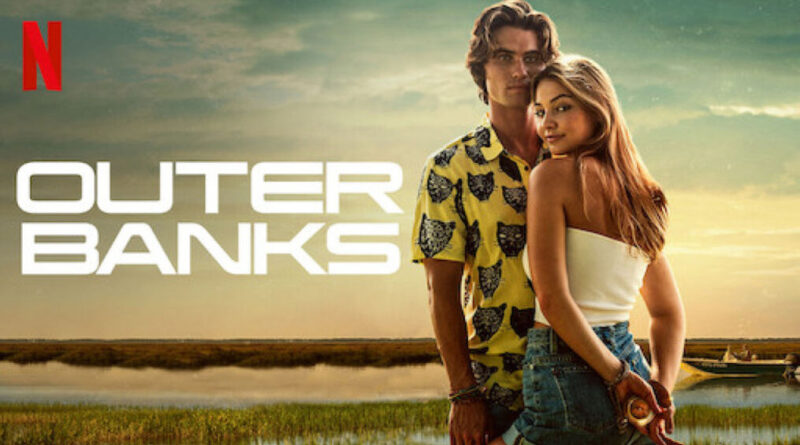 John B. and Sarah stand tall on “The Phantom” sailing to Mexico to escape from the cops. Boom! Thunder strikes right in front of them. Their boat capsizes and they are presumed dead by the world.

Many unpredictable scenes that keep you on your toes are found throughout “Outer Banks,” season two. Every episode leaves you with a cliffhanger aching to keep watching. So beware, you may get hooked!

The fans must also agree with a whopping rating of 4.8/5 stars! Common phrases written by fans include, “perfect mix of action, drama, emotional and humour,” “outstanding and thrilling watch,” “exquisite and remarkably good!” “exceeded my expectations,” and so on, you get the point. The very few lower rated reviews incorporate phrases such as, “too much going on,” “too many side stories,” and “logic is unbelievable.”However, there are only very few of those and they’re very rare to come by.

The intensity of this show is by far my favorite aspect. It leaves me on the edge of my seat wanting to grab a bowl of popcorn and binge watch the whole season in one day.

In the conflicted world of “Outer Banks,” there just never seems to be enough conflict. Over the course of the season, the amount of times a new issue had popped up for the Pogues and Sarah’s staggering family to face, is absurd. Something as simple as a dropped camera, vehicle trouble, or animal encounters is this show’s way of catastrophizing such a small issue. It wouldn’t be “Outer Banks” without a minor inconvenience feeling as if it’s a life threatening problem!

“Look, I’d rather die than go to jail, Sarah,” John B emphasizes. “I’d rather die than be without you,” Sarah responds. These are the last words they exchange before a flagrant wave takes over and their boat nose dives into the water.

When the news spreads that Sarah and John B’s radio signal had been lost, their best friends back  home immediately fall into the arms of their parents and mourn in sorrowfulness. JJ and his benevolent ways don’t know how to react and lunged at the sheriff threatening to kill him for driving John B and Sarah straight into the storm that they got lost in.

Yet, their bodies were never found. Do you think they made it out from under the boat alive or drowned under the blazing storm? Find out by watching season two of the newly hyped “Outer Banks”! Don’t forget to grab some snacks, relax, and enjoy the show.