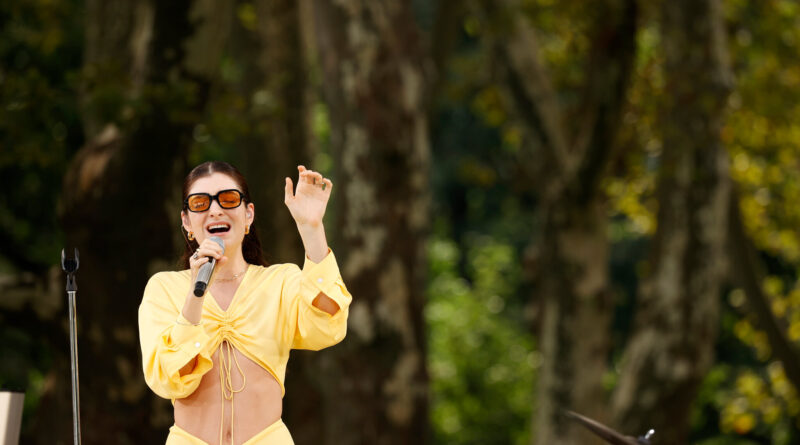 Lorde’s latest album “Solar Power” is a psychedelic journey through her mind. Her masterful use of harmonies and lyricism make it one of the best and most sonically-cohesive albums of 2021. “Solar Power” is an ode to nature and life. Some of the songs are nostalgic, whereas others look towards the future: one doomed by our ever-worsening climate crisis.

The album’s highlight track, “Fallen Fruit,” perfectly captures the solemn, yet chaotic sentiments of global warming. Whimsical instrumentals backed by a strumming guitar create an aura of earthiness with mystique. Lorde alludes our dying planet to the Garden of Eden, painting a picture of a heaven-like place that in reality is a facade. She tells of how past generations have abused our resources, leaving the people of today to clean up their messes.

“Through the halls of splendor where the apple trees all grew / You’ll leave us dancing on the fallen fruit,” sings Lorde.

“Stoned at the Nail Salon” is a slow ballad full of nostalgia. Lorde reflects on her youth, exuding solipsism: acting as if only her mind exists as the world revolves around her. She describes growing older and assimilating into society, yet feeling a sort of dissociation from her body as she drifts through life.

“I love this life that I have… But I wonder sometimes what I’m missing,” ponders Lorde.

The playful “Mood Ring” takes a satirical stab at the wellness culture that currently pervades the wealthy. Lorde assumes the persona of a rich girl who has been brainwashed by Pinterest and Twitter threads, participating in holistic activities like burning incense and rubbing crystals to create a mask of perfection. She compares a mood ring to her true feelings: the mood ring determines how she feels, and she believes it.

Producer Jack Antonoff did a stellar job of giving all of the album’s songs a similar vibe, despite using various instruments and methods. He integrated recordings of cicadas and ocean waves into his instrumentals, furthering the element of nature on “Solar Power.”

Lorde’s third album impresses just as much as her previous two. Her gentle falsetto is starkly different from her usual deep timbre, but this change in vocal style does not take away from “Solar Power’s” greatness. The music is a calming trip to an alternate utopian universe, where youth and climate stability are restored. Give this album a listen: it will be worth your while.