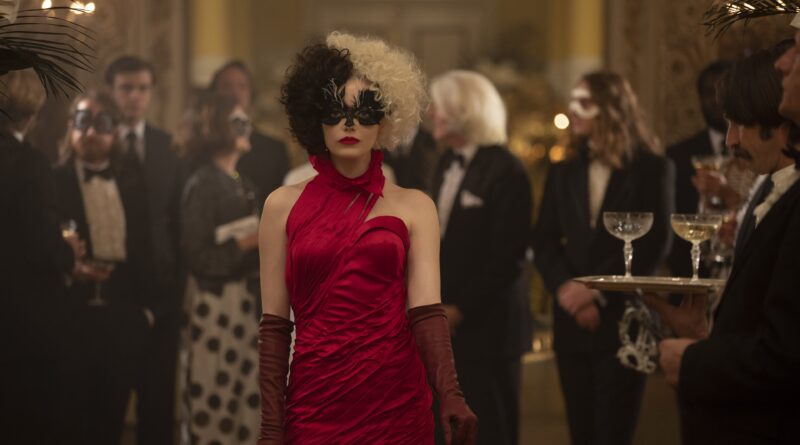 There is a scene midway through “Cruella” where the title character is having, of all things, a “fashion-concert” where she and several others in her gang are wearing dalmatian-spotted coats. The colors are so vibrant and the music so loud, the cacophony can be heard and seen far away where The Baroness, Cruella’s former boss, views everything.  With very little expression on her face, all The Baroness can murmur is, “She killed my dogs.”

This scene is the epitome of “Cruella.” Such a euphoric and loud experience, it’s hard to believe that the banner “Disney” lays above the film’s title.

I would not consider myself a fan of these live-action remakes that Disney has been producing. I wouldn’t call any of these films poorly-made, per se, but they lack a passion and a drive that made the original iterations of those films so unique and beautiful. A “Lion King” with photorealistic imagery and little emotion on characters’ faces will never match the stunning drawings of landscapes and memorable characters that Disney mastered in 1994. They come across as mere cashgrabs for Disney, not as the passion projects that the original films were.

However, “Cruella” isn’t like this. The movie comes across more like a Disneyland rollercoaster that twists your stomach upside down and into knots, than a traditional, safe Disney movie.

Over-the-top performances define “Cruella.” Emma Stone’s charisma and comedic chops make her incredibly memorable as the title villain, but it is her drama that glues the film together. And Emma Thompson perfectly executes The Baroness’ arrogance and struts of power.

Direction by Craig Gillespie enhances the material and its performances. “Cruella” has a very distinct style, reminiscent of both comedies and darker psychological thrillers. The mixture of two distinct styles of film, which usually don’t go together, bodes well for a story like “Cruella” that pairs comedy and drama.

Despite the film’s execution, “Cruella” is far from perfect. The script is all over the place, often featuring logic-defying scenarios, seen best in the film’s beginning and ending. Without spoiling much, some moments in the film are absolutely absurd from a plot perspective, particularly much of the opening 15 minutes.

However, the darker, less boldly written moments in “Cruella” don’t always pair well with this. A quiet, melancholy scene where Cruella and one of her henchmen, Jasper, is juxtaposed by the film’s grand ending. This isn’t necessarily a bad thing, as the over-the-top performances and direction pair well with the loud moments, but they don’t pair well with the quiet moments of the film, making the story feel inconsistent.

Overall, “Cruella” has the passion and spirit that needs to be more present in modern Disney films, combined with great acting and refined direction. It is not perfect, but “Cruella” is full of spirit, just like the main character and the company that created her.