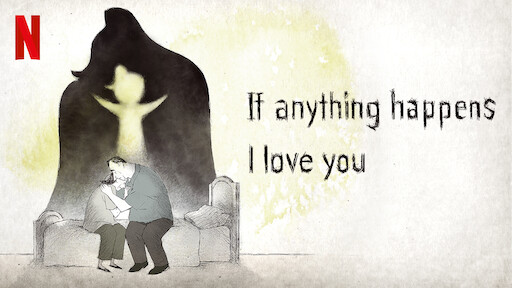 After the loss of their only daughter due to a school shooting, two grieving parents look around their house to see things that remind them of her as they recall memories from when she was there. “If Anything Happens I Love You” is a silent short film that tells the story of parents after the death of their child.

The film showcases elaborate art and music which helped amplify the emotions displayed in the film. The background music was a mix of instrumentals including a piano instrumental created by composer Lindsay Marcus. The background music was soothing and it also set a sad tone. Towards the middle, the music became louder and more energetic as they remembered their daughter in a happier light by recalling some good memories like birthdays and vacations.

Due to it being a silent film, the filmmakers had to display emotion with the use of facial expressions which they also did amazingly well. There were emotions like regret, remorse,and depression displayed through their faces and even their body language as they were sulking and crying.

The film is based on a true story but instead of focusing on one story, it tells the story of all those parents that lost a child due to a school shooting and it brings up the issue of school shootings and how common they are. One detail I noticed while watching the film was that in the school hallway, there is an American flag sitting above the door which was most likely there to show how common these kinds of events are especially in America.

It was only 12 minutes long but through those 12 minutes, I remember feeling so many emotions as I watched it. As the movie went on, the tone continuously changed and I remember tearing up at the beginning and yet towards the middle it made me smile a bit as they recalled their memories and towards the end that same feeling of sadness came back.

This film made me realize how precious the time spent with family and friends is and how that should never be taken for granted because anything can happen at any time.

I would definitely recommend this to anyone who wants to take a dive into the emotions displayed and to get a new perspective of tragic situations like these.