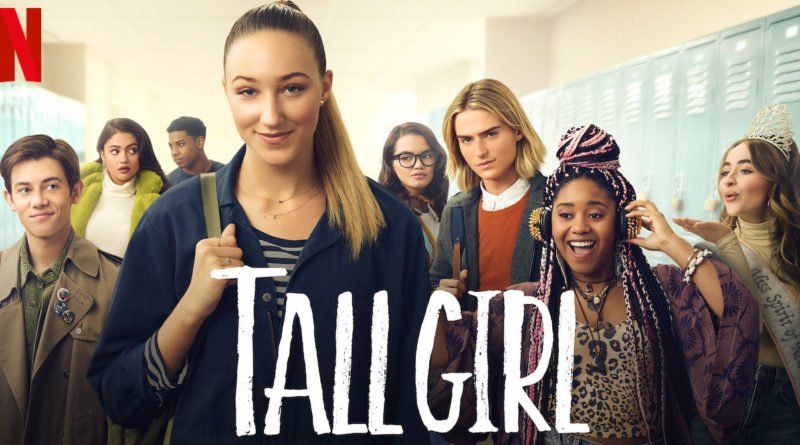 A movie about a six foot one girl dealing with self consciousness issues stumbled onto Netflix on Sept. 13. The newest addition to Netflix’s young adult movies is “Tall Girl,” starring a tall girl saying her life is hard.

Newly debuted actress Ava Michelle, a former “Dance Moms” dancer, depicted Kreyman as a bullied teenager uncomfortable with her height who transformed into a confident and determined young woman comfortable in her own skin.

Occasionally insulted with “How’s the weather up there,” Kreyman tolerated many comments throughout her life because of her height. Given support from her friends to accept herself for who she is, she expressed the idea of dating someone tall like her. Then walks in Stig Mohlin, an exchange student from Sweden with whom she is taken back from his looks.

Kreyman is given help and support from family, loses friends for a guy, and offered the chance to go out with Mohlin. She ends up disappointed and heartbroken, but makes a rebound. The typical plot for a teenage movie.

While the ending was pretty cute and satisfying, the plot was predictable and the title itself gave a lot away. Also Kreyman was playing more of a victim for being tall than was being harassed for liking a guy. If the movie was about the insecurities about being tall, the Netflix original might have worked for a concept of this film. Not many people can relate to being over six feet.

Overall, “Tall Girl” is about accepting yourself for who you are, finding confidence and standing up for yourself. If you have not seen this film yet, watch if you are into cheesy romance and teenage movies.