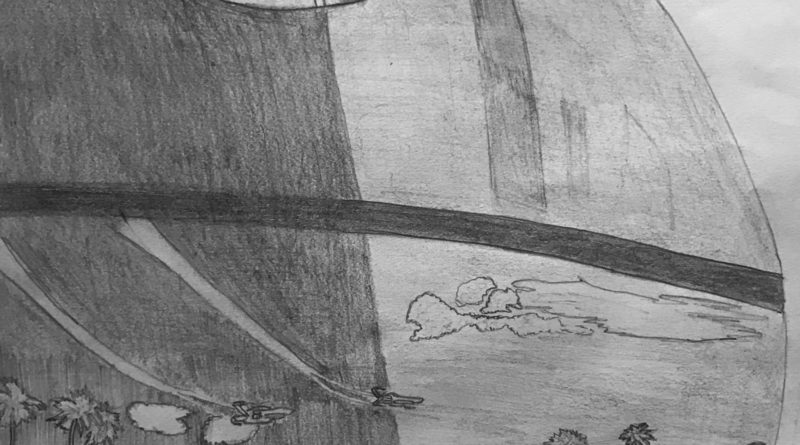 With the successful release of Star Wars: The Force Awakens, the Star Wars franchise felt a lot of pressure to hold itself to a high standard in the eyes of a growing fan base. Rogue One: A Star Wars Story was under an immense amount of scrutiny, as audiences were seeing a story that didn’t follow the franchise’s most famous heroes, but rather a spin-off tale that has its own place in the Star Wars story. It succeeded.

Rogue One chronologically takes place between episode three and four. It follows Jyn Erso, a young, independant woman who refuses to take sides in the war, until the Rebel Alliance calls for her help in finding more about the Empire’s alleged new super weapon.

Erso comes across a wide assortment of characters along her journey, including a blind believer in “the Force,” Chirrut Îmwe, played by Donnie Yen, and a reprogrammed security droid K-2SO voiced by Alan Tudyk.  With this rather unexpected group of misfits, the company attempts to find a weakness in the new Imperial weapon.

Erso, played by Felicity Jones, shows quite a few similarities to the character Rey from The Force Awakens, in that they both are independent, determined fighters, physically and mentally. What sets Erso aside from Rey is that she isn’t sure what she should fight for, and why she should choose a side.

The political question of why you should rebel, and what the moral limitations as to what you can do in a rebellion, are constantly brought up. The general audience is used to seeing the Rebel Alliance and Jedi in a positive light, but in Rogue One, we see some of the darker sides of rebellion, as they explore what is right and what is wrong in war.

Aside from a somewhat in-depth backstory about Erso and her family, many of the other characters aren’t explained in depth, and are developed rather quickly. This should be expected, as the whole movie comprises of so much in only a little over two hours. For the space that the film had, the characters were developed enough to actually care about them, and learn their individual character traits.

One thing that all Star Wars fans can admire are all the references to the other movies in the series. There are so many to watch out for that it creates an active audience in search of them.

The film wasn’t all greatness. It did have quite a few slow moments, predictable developments, and rather unnecessary relationship moments.

But aside from that, Rogue One brought new ideas, a lot of mind-boggling action, and the stories of some untold heroes of the Star Wars story.