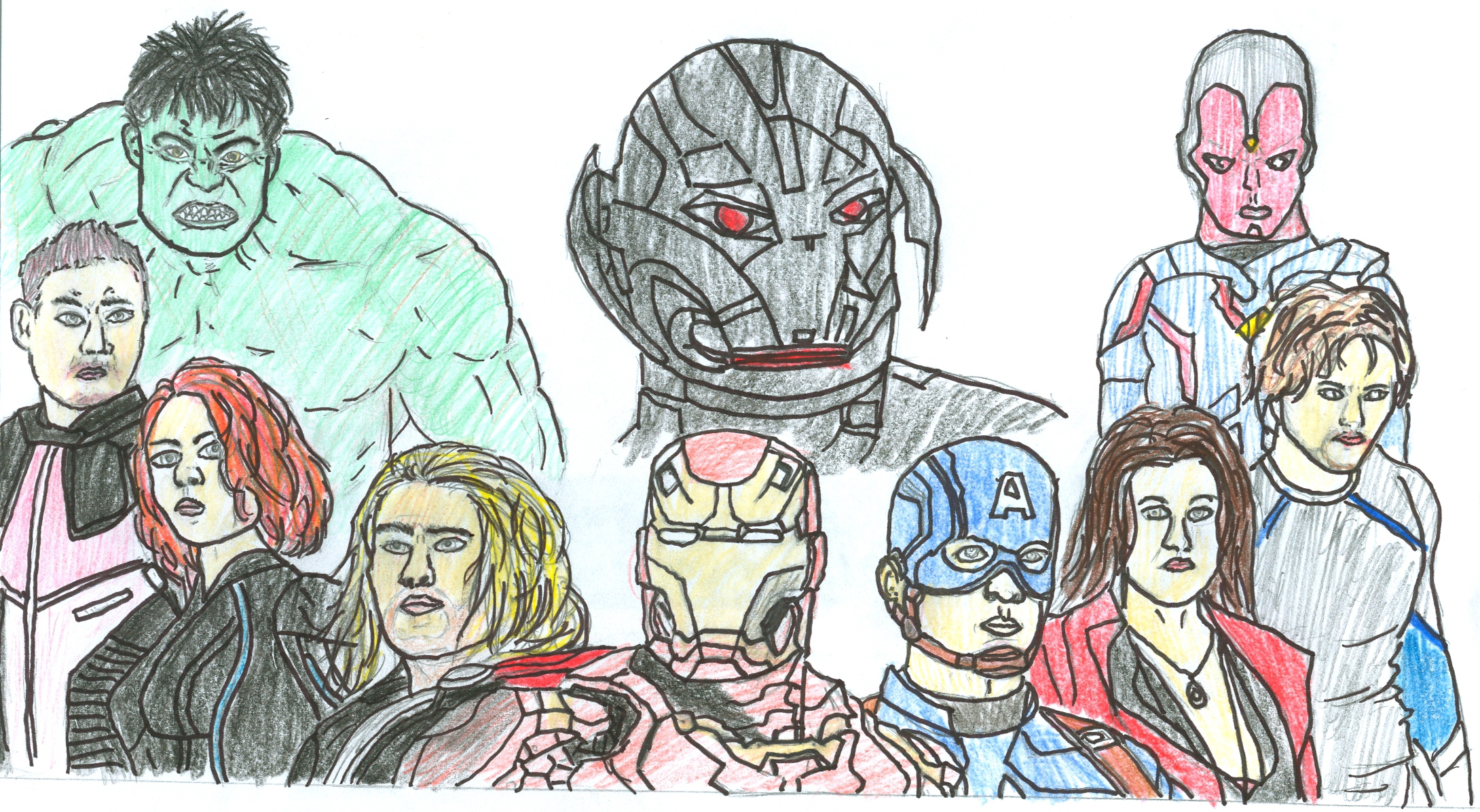 Imagine your city is being taken over by a crazed artificially intelligent android, bent on mankind’s extinction. There’s no one that can stop him, except maybe earth’s mightiest heroes, the Avengers!

Along the way the team recruits new Avengers such as twins Quicksilver, played by Aaron Taylor-Johnson, and Scarlet Witch, played by Elizabeth Olsen, and the android Vision, played by Paul Bettany.

After the alien attack on New York that ended the previous movie, the Avengers have gone their separate ways, only joining together once again to locate the scepter of Loki, which they have been trying to find since the first film. Once acquiring the scepter, Iron Man decides to create a suit of armor that can control itself to help the planet and to allow the Avengers to retire. In other words, he creates artificial intelligence. Once created, the being adopts the name Ultron, played by James Spader. Ultron believes that it is humanity that needs to be destroyed in order to have peace so he creates an army of himself in order to destroy mankind.

The Avengers must then band together to stop this evil force from destroying Earth. Ultron, however, may be the one threat that the team cannot stop, and it could be the end of Earth’s mightiest heros.

The film is fantastic. It contains lots of action, suspense, and a bit of witty humor while still being serious. The new and returning cast are amazing, and the characters they portrayed had such great personalities and charisma which also made this film entertaining. For these reasons I would definitely give this film five out of five stars, and would advise everyone, whether or not you’re a superhero fan or a DC Comics fan, to not miss this movie. It’s a one of a kind.