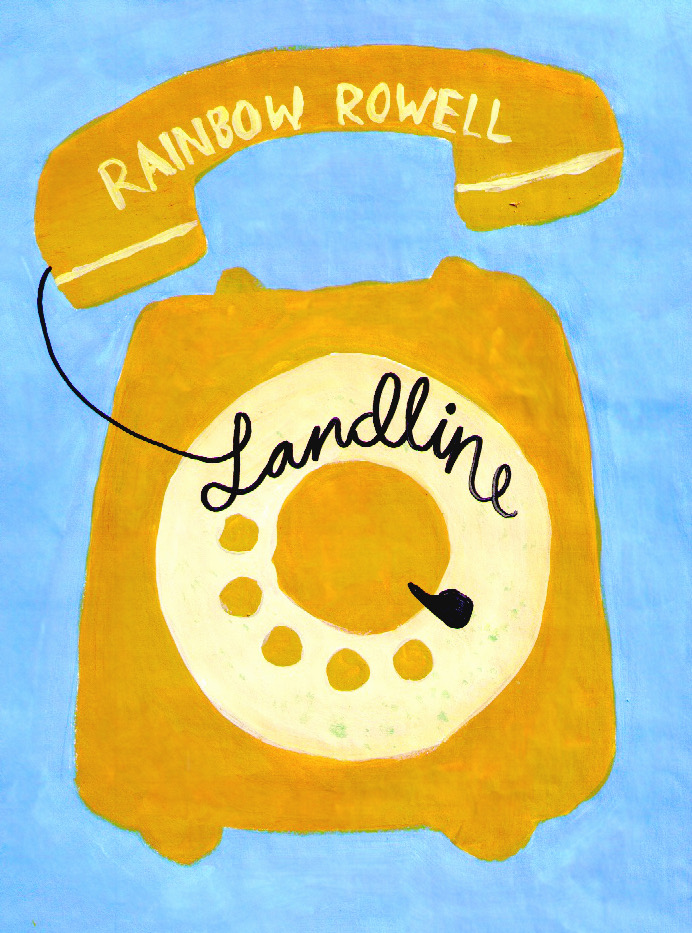 Book Reviews Entertainment
February 11, 2015June 15, 2015 advisor 0 Comments lengthy, paste, romance, sacrifice, separation
What would you say to a loved one if you could call that person’s past self? Would you tell winning lottery numbers, information on the stock market, or simply about the future? For Georgie McCool, all she can think to say to her then-boyfriend, current spouse, is how much she will take him for granted in Rainbow Rowell’s novel Landline.

Landline tells its story through flashbacks and present events. Georgie and Neal have had their fair share of arguments, past and present, but one issue Georgie contemplates throughout the novel is, how much is enough? Is it enough to love someone, enough to just try?

Georgie is exactly where she wanted to be 20 years ago: the TV show that her best friend and she co-wrote is finally on its way to airing. They just have to finish writing it. Unfortunately, her project deadline closely follows Christmas. Georgie chooses to work while her husband, Neal, takes their two daughters to his hometown, Omaha, leaving Georgie alone for the holidays. She thinks this might be the beginning of the end for their rocky marriage.

That night, Georgie discovers an old landline at her mother’s house that can call past-Neal. That Neal is almost 20 years younger, in the midst of a temporary separation from Georgie. They suffered from the same problem then as they do now: Georgie often forgot about Neal while pursuing her own dreams. During her calls with the younger Neal, however, she opts to embrace their happier moments instead of dwelling on the reasons why he had left her, albeit briefly, in the first place. The couple spends hours on the phone each night rekindling their romance – for Georgie, at least.

Georgie contemplates if she should use this miracle, these phone calls to the past, to warn Neal not to marry her so she can save him from a miserable life. That thought is quickly thrown out when she realizes that would mean their daughters wouldn’t have existed. She wonders what would be enough for Neal, even explicitly telling him that she would make him unhappy.

Landline, at a lengthy 308 pages, is worth every page. Through Georgie and Neal’s shaky romance, Rowell reminds us that some sacrifices are worth making. Rowell does not simply write thoughtful characters filled with flaws, tears, and joy. She presents them, as if they already exist in the real world, and that is exactly what fiction should be: a reflection that passes for reality. Landline is the perfect novel to remind us that sometimes it takes a magic phone to remind us not to take people for granted.