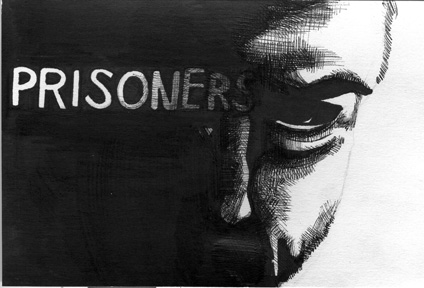 What if your daughters had been kidnapped by an unknown person in an R.V.? After finding out the criminal’s identity, wouldn’t you do anything to get your children back? That is the case for Keller Dover, the protagonist in the film Prisoners.

The film stars Hugh Jackman as Keller Dover, and Terrance Howard as Franklin Birch, another man whose daughter is also kidnapped. A variety of cast members includes Jake Gyllenhaal, playing Detective Loki who is assigned onto the case of finding the girls. Paul Dano also stars in the film as Alex, the suspect of the kidnappings, whose performance was spectacular. He immersed himself very well in the film and really contributed to the success of  this movie.

The film has many twists and mysteries that unfold throughout the plot. The story is about two men whose daughters are kidnapped during Thanksgiving dinner. The detective who is assigned onto the case is said that he has solved every case he is given. As the film goes on watchers begin to connect the dots and solve the mystery which leads to the climax of the movie where the audience finds out what happened to the girls who are kidnapped.

The film itself is a masterpiece in its own making. Jackman and Gyllenhaal really made this movie what it is because of the personalities they put into these characters. It seems like the characters were written for them because I can’t imagine anyone else playing their parts.

The story also made this movie with all the mystery and drama in the film it keeps the audience wondering who did the crime. The film keeps the watchers on the edge of their seats the whole way through, and makes you want to find out what happened to the poor children; however the film does contain very graphic and brutal scenes of torture to a man and it is intense, of course it is rated R. But don’t let that discourage anyone. Everyone should still definitely see this film and it is one that should not be missed.

All and all I would give this movie five out of five stars and I hope that it gets all the awards a crime drama deserves.