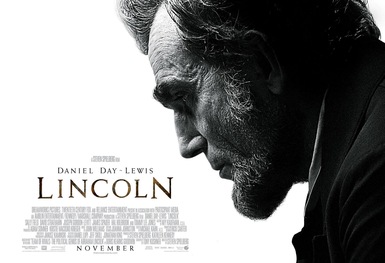 When most teenagers hear a reference to President Abraham Lincoln and a movie, their first thought is usually: “The vampire slayer?” Well, this time I’m talking about the amazing film Lincoln, minus the blood sucking horrors. The week the movie was released, the theater was filled with crowds of elderly citizens, as younger crowds were drawn to competing movies like Twilight: Breaking Dawn Part Two and Skyfall.

My eyes were glued to the screen as I relived the 16th President of the United States fight to officially pass an amendment that would abolish slavery and leave a permanent mark in history.

Daniel Day-Lewis, who played the lead role as Lincoln, seemed to be made for the part. He walked as if the world were on his shoulders and as if every step were a decision that could tip the delicate balance of the United States during the Civil War. I felt his frustration as he dealt with family issues and felt his struggle to secure the necessary votes to pass the 13th Amendment.

As you accompany Lincoln throughout the 150 minute journey, you start to grow with him and feel empathy towards his character. While he tries to push towards the abolition of slavery, he also tries to end the Civil War and keep his son at home in order to keep his wife sane.

The most nerve-wracking (and also my favorite) scene was the courtroom scene awaiting the decision for the thirteenth amendment to be passed. Portrayed as calm, steady, and wise, Day-Lewis skillfully envelopes you into this period of Lincoln’s life.

I am a fan of Steven Spielberg’s films, like Schindler’s List and War Horse. Another well-made film from Spielberg that will spike your emotions and pull tears from your very eyes, Lincoln is an instant classic. This emotionally intense film deserves five out of five stars, and I recommend everyone, young or old, to see Lincoln.