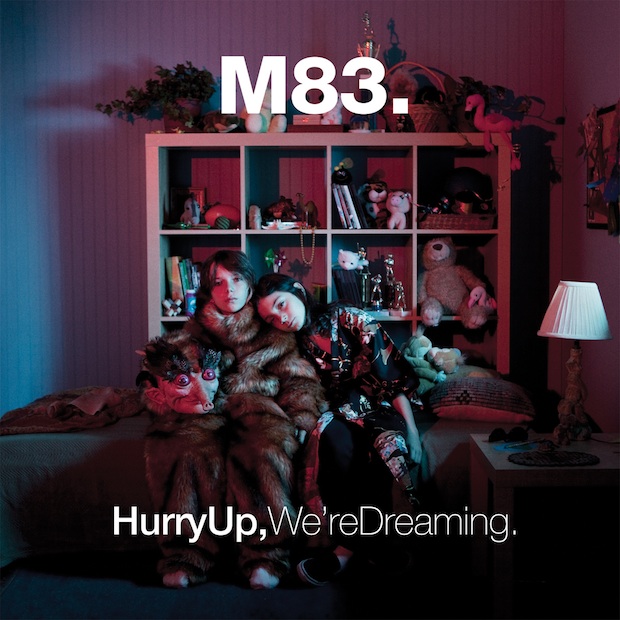 You may have heard M83’s most famous song “Midnight City” on a few commercials and some radio stations, yet you may not have been exposed to the rest of the magic within the band’s latest album Hurry Up, We’re Dreaming, released last October.

M83’s album belongs in the shoegazing genre, a uniquely named music style that is a subgenre of alternative rock, which uses distortion, delay, and echo on guitar and piano parts to create a shimmering effect of sound.  The lyrics are often irrelevant or disorganized throughout the song, but they create a beautifully heavy line beneath the guitar strums.

Surprisingly, I’ve found myself falling in love with almost every song on this album because of the gorgeous ambiance each song possesses. The band’s song “Outro” is an epic mix with more music than words that allows you to emotionally feel the amazing effect of sounds. “Wait” is a mellow and slow echo of words and guitar strums, and “New Map” is a chaotically elegant song that makes you want to run down the streets at night, singing and screaming at the top of your lungs.

Lead singer Anthony Gonzalez presses inspiring lyrics into “New Map,” saying, “There’s a hole in your heart, begging for adventure / play yourself a new track, set traps for the future.” As the beat and electronic sounds increase throughout the song, he sings, “Shifting desire, shifting desire, shifting desire / rules of conformity, heavy clouds of reason / they’re hiding the beauty of your free distortions / on your own / can you do it? / the unknown, can you face it? / with your soul, now you see it / the landscape is infinite.”

M83’s individualistic songs in its newest album are music to my ears and what I listen to almost every day regardless of the mood I’m in—whether it’s a song to sob to and eat chocolates, a song to inspire you, or a pick-me-up song, M83 has it all, and I am in pleasant anticipation of its next album.