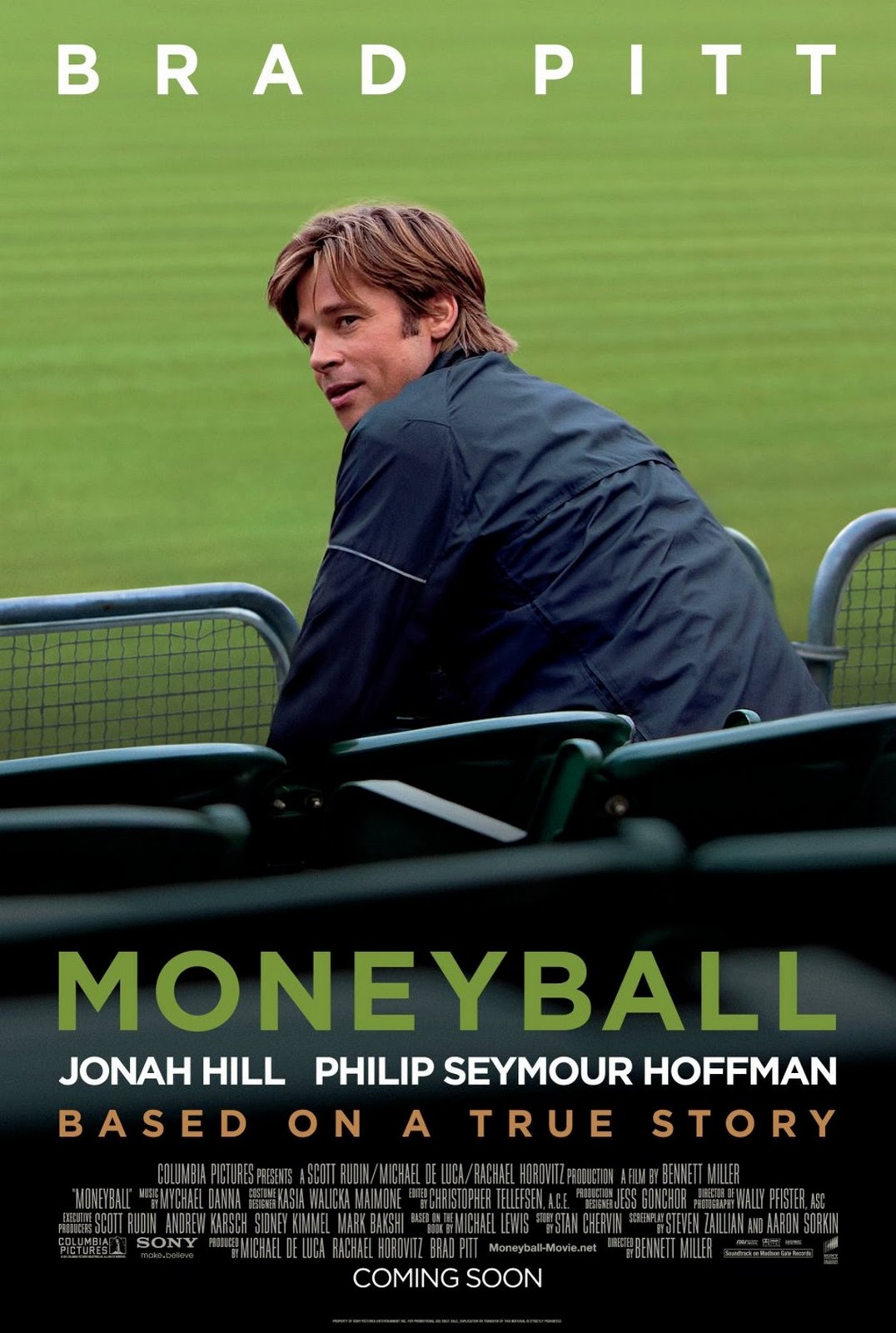 Based on an extraordinary true story, Moneyball smashed a home run and soared over fences in the box offices last October. Recently released on DVD, this compelling, mind-blowing movie will not only rise above expectations, but will leave you breathless and possibly in tears.

Set back in the early 2000s, the movie centers around the A’s, who have just lost a crucial five-game series against the Yankees that would have sent them to the American League Championship Series. Instead, the organization starts to crumble, losing its three best players to other teams during the offseason. Forced to rebuild a winning team with a budget that seems almost nonexistent as its once high hopes slowly start to dwindle, the Oakland A’s don’t seem to stand a chance for the upcoming 2002 season. That’s where the story of General Manager Billy Beane begins.

Played by Brad Pitt, Beane at first believes that his team is going to crash and burn, but after an encounter with Peter Brand, played by Jonah Hill, his thoughts slowly change from a negative perspective to a positive outlook. Hiring Brand as his assistant, Beane begins to assemble a team equipped with players dubbed untalented by the press. Considered imperfect and criticized beyond belief, the team is seen as an island of “misfit toys.”  In spite of this, Beane sees potential and that is all it takes as he falls head first into a whirlwind of events that would later impact the game of baseball forever.

Pulled from the pages of the celebrated book by Michael Lewis, Moneyball is not just for baseball fanatics. The sport itself is just the basis of the storyline whereas the story of an underdog defying the odds set against him is the main focus. Showing actual clips of the real life events, you are pulled into the movie as the rollercoaster ride of the 2002 season unravels before your very eyes. Intense and emotional, it will capture your attention from the very first moments down to final few seconds.

You will laugh as Pitt’s sense of humor is projected so vividly through the camera’s lens; you will cheer alongside Pitt and Hill as they capture the heart and soul of baseball; you will possibly shed a couple tears, so set a tissue box in hand’s reach; but most of all, you will be left inspired as the message behind Moneyball still rings true ten years later.

One thought on “Moneyball hits one out of the park”